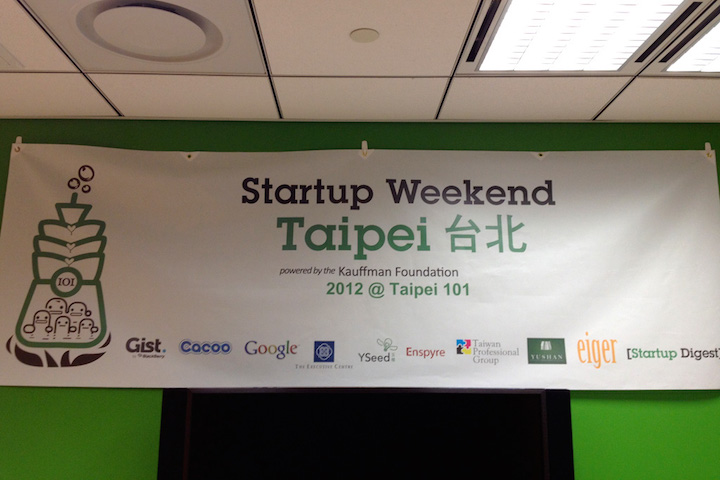 As mentioned on the previous post, Cacoo supported Startup Weekend Taipei which was held in this weekend (March 30 – April 1, 2012) and I joined this event as a technical mentor to support teams to solve their technical issues.

Startup Weekends are held in all over the world as explained on their web site:
“ Startup Weekends are 54-hour events where developers, designers, marketers, product managers and startup enthusiasts come together to share ideas, form teams, build products, and launch startups! ”

Obviously, 54 hours is usually not so enough to create something cool but this works well with all of the participants’ huge passion or enthusiasm.

Startup Weekends have become well known in Japan as they were held not only in Tokyo but in Fukuoka and Kyoto last year.
( Nulab has branches in every cities above

About 60 peoples came to the office of Google Taipei located at 77th (!) floor on Taipei 101 to participate in this event and the place was filled with energy, energy and energy. 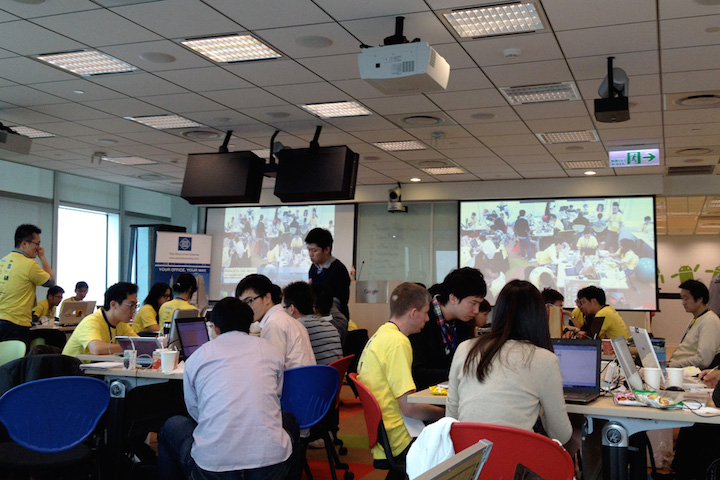 When I arrived there on the second day of the event, 11 teams had already been working hard on their projects.
Sometimes, he or she stood on the stage and asked some questions to other teams or staffs to validate their ideas.

Fortunately, I was given a chance to show a demo of Cacoo for Google+ Hangouts that we’ve just announced last week. 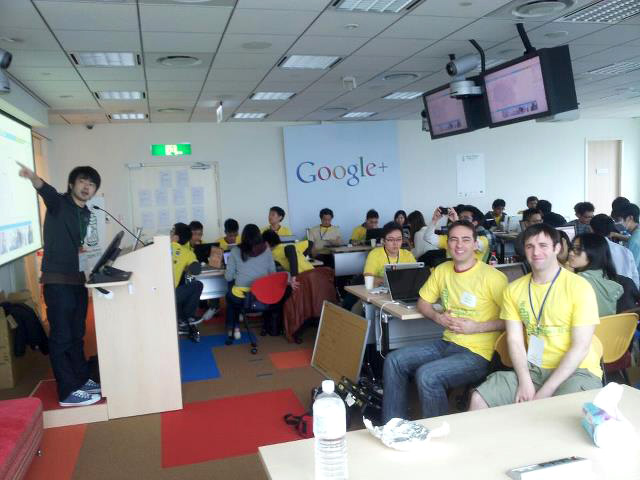 On that demo, while talking on Google+ Hangouts, 3 Cacoo team members worked on one diagram from 3 different countries, from Japan, Indonesia and Taiwan!!
I believe this showed the possibility for people in another places to collaborate with each other as if they were in a same room.
After this event is over, when the teams need to discuss about their project and it is difficult to meet together, I hope them to try Cacoo for Google+ Hangouts!

Also, I met with Cacoo users those who joined the Cacooup Taipei held at early this month. I was very happy to see them!

I was really moved by the sincere efforts made by all the participants through their “54-hour” working.

For example, one team discussed with a mentor to refine their ideas again and again as far as time permits and other team put sample soaps, which is one of their product, with their handmade message at sink units around the office to inform their concepts.
I’m pretty sure that there were lots of this kind of trials and errors during this event.

I thought that thinking out again and again and taking action is essential to create something great that moves everyone’s heart.
We all should remember this every time when we think about our services.

Same as all teams of this event, we’d like to make our own services, Cacoo (and all other services we have) being used by more and more people around the world and so we’ll keep on thinking out our services to improve and grow them, with huge passion like the participants showed in this event.