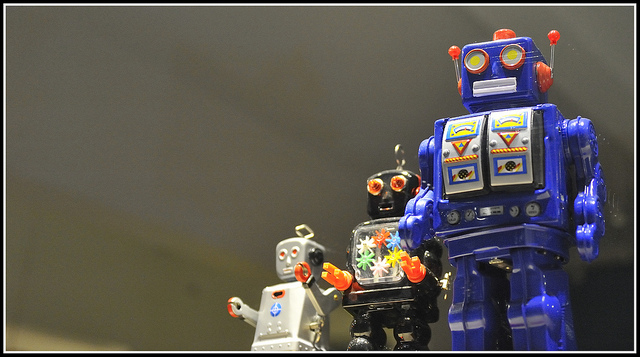 Do you want to work with robots? At Nulab, we work with robots on Typetalk every day. How did we manage to hire robots to work for us? Well, of course, these aren’t physical robots we’re talking about. Typetalk robots are chat robots, commonly called chatbots or simply bots, and they are programmed by the Nulab team. One of these bots, which we’ve affectionately named Nubot, is an extension of Github’s Hubot and was brought to the Typetalk platform via Typetalk API. Chatbots join our Typetalk conversations every day by bringing us important messages automatically.

What do our bots do on Typetalk?

Nulab’s Typetalk lounge has over 40 conversations topics, sharing greetings, information, and announcements. We currently have six bots that dutifully help to carry out announcements as well as create conversation-starters among several other tasks. As you may have discovered, we maintain several Twitter accounts at Nulab for our services. Twitter has since become an important platform for us to communicate with our users, as well as search and discover topic trends all over the web. Therefore, we have dedicated a bot that sweeps the social media platform for important keywords related to our services and industry. This helps us keep updated every second of the day when something relevant has come up without having to sift through the huge number of tweets on each account every day. Not only does this bot helps make social media monitoring much simpler, it also sparks conversations on some of the interesting tweets we get. 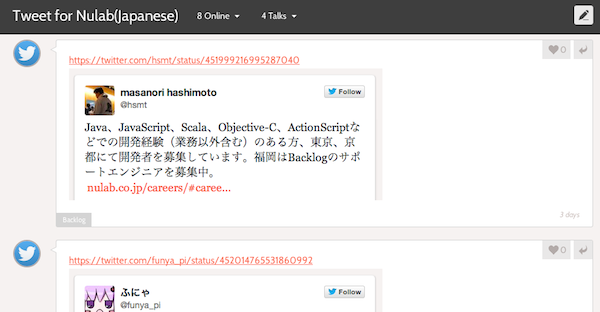 At Nulab, we make use of our project management tool Backlog every day to share issues, program codes and release schedules. To make the communication of schedules more thorough, we made use of both Backlog and Typetalk APIs to create a bot on Typetalk that updates us on important schedule changes and fixtures from Backlog, so that Nulab members on different teams are all aware of everything that goes on. 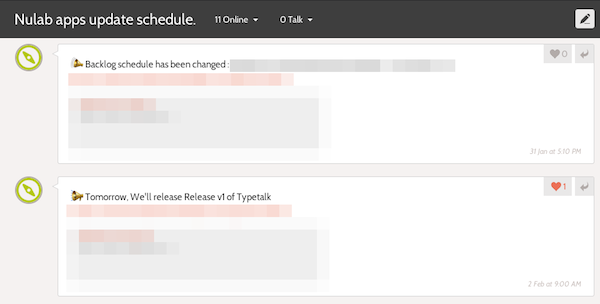 Among all the bots we have, there is one who really runs the show. Nubot has earned himself a name and an avatar due to his dedication as a bot 24 hours a day, 365 days a year. Not only does he have to entertain silly questions from us, he also has to remind us of mundane chores such as cleaning. He accompanies his reminders with sweet classics, no less. “Everyone, it’s cleanup time!”. 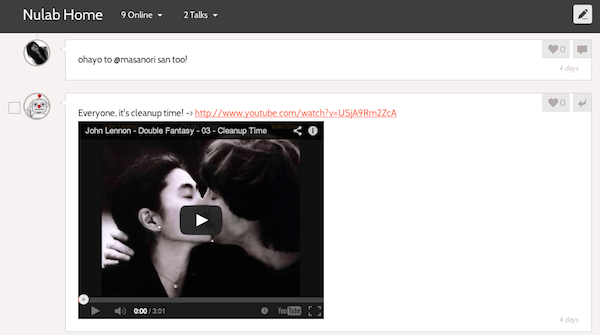 The best thing about Nubot is that he understands how isolated developers can feel from the outside world while working long hours at the computer. The guy chirps about the weather when it is sunny outside to put a cheer in us. And we thought robots have no souls!

What can Hubot do?

We ship Hubot with a small group of core scripts: things like posting images, translating languages, and integrating with Google Maps.

The real fun happens when you add your own scripts. We maintain a repository of community Hubot scripts that you can add to your own robot. Be sure to personalize your Hubot too; your company’s robot should be a place full of inside jokes, custom integrations, and general merriment. 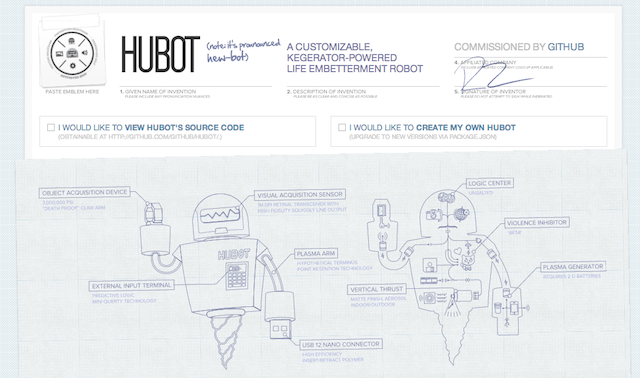 Put your robots on Typetalk

Whether it is a robot as sophisticated as Nubot, or a simple bot that perform simple tasks, you can put them on Typetalk to make communication even simpler through automation. Typetalk’s developers’ site introduces the Typetalk API, which you can use to create useful bots on Typetalk.

Create your own bots and share with us what they do for you!

What exactly does a UX engineer do?

Being iterative and incremental in software development