A visit to TechCity, a technology cluster in London UK 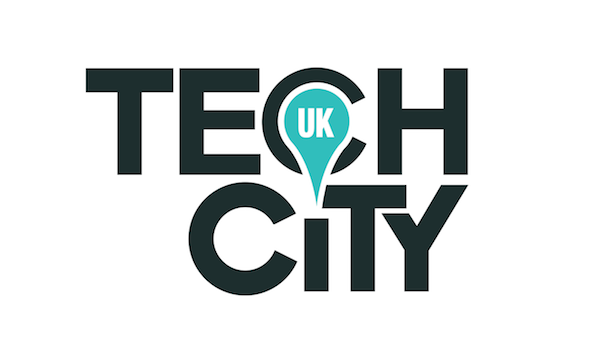 If you haven’t heard of TechCity, it’s a technology cluster launched in November 2010 in Central and East London, UK, to support the growth of the area. At the time of its launch, there were approximately 200 digital companies including Last.fm, MOO, Squiz, and TweetDeck. Since then, the cluster has been growing at a massive rate, with over 1,500 resident companies currently. You can view them on the TechCity Map.

In November, I visited TechCity as a delegate. Fukuoka, the home city of Nulab headquarters, has signed a Memorandum of Understanding (MoU) with TechCity. Together with me on the trip was the mayor of Fukuoka city, famous Japanese investors, and CEOs of several Fukuoka companies among others. Of the 1,500 companies at TechCity, 95% have ten or less employees and the majority of the remaining 5% have five or less employees. These small companies work in about 30 or 40 co-working spaces operated by the private sector. Tony pointed out that the current priority for these digital companies is being up to speed and maintaining a flexibility in responding to new technology. Large companies, on the other hand, are slow in responsiveness by nature.

Adrian Tipper (Tech City Investment Organization), who shared about the history of TechCity, said: “TechCity is not a Science Park and the name of a building. TechCity is a brand.”.

Poke is a creative company driven by a passion for the endless possibilities of digital media. Nick Farnhill (CEO, Poke) and Nik Roope (Executive Creative Director, Poke) introduced the company and their work, which got the delegates really excited. Their clients include Skype.com, Mulberry.com, Diesel, and more. You can learn more about the Poke’s portfolio here. “On a digital platform, it is important to respond interactively in real time. Additionally, it is crucial to create something unforgettable for users that will retain their sense of fun.” – Poke team

Central Working operates three co-working spaces including the Google Campus we visited. There is a wide range of people from IT, software, design to yoga. It is an extremely lively environment, with many of the people there seeking collaborative opportunities with companies from differing industries. Every week, Googlers would visit and hold useful lectures for the startups. The Bakery is a technology marketplace for brands, which I feel works like an incubator or accelerator as well. The Bakery helps to pair the most innovative tech companies with brands and agencies that will take their technology to a trial market in eight weeks. They provide support to problems that large companies such as Unilever and BMW have by publicly seeking for startups that can provide the solutions, thereupon linking them up to these large companies. In my opinion, The Bakery creates a symbiotic ecosystem for startups and large companies. In addition to the visits, we held an event called Fukuoka Tech Startups Networking Night at The Brewery in London. 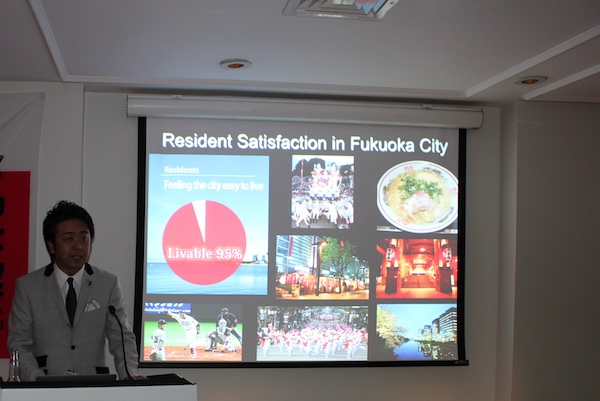 The mayor of Fukuoka City, Soichiro Takashima, introduced Fukuoka City to the attendees. The event is aimed at establishing a solid relationship between Fukuoka City and TechCity, with Fukuoka providing support to the startups at TechCity. “Who says you can’t expand globally if you’re not from Silicon Valley?”

I had the great opportunity to introduce Nulab to the event crowd, and to share about the global reach of our products. Having started out in Fukuoka, Japan, Cacoo now has over a million users around the world, with 2.4% of them in UK. This percentage, however, is still rather small compared to that for USA and Taiwan, so I claimed that we should give out more Cacoo towels in the UK. It got the crowd cracking. While TechCity already hosts many great technology startups, it still possesses huge potential for growth with its exciting, diverse, and collaborative ecosystem. Apart from being a tad expensive being in the city of London, TechCity definitely makes an attractive and strategic location for startup companies.

If you think there are any cities I should visit next, please recommend them in the comments section below.