In the month of November, GitHub is hosting a series of talks and drinkups across Japan. Last Monday, Nulab had the great pleasure to lend support to the GitHub team when they arrived in Fukuoka, the home city of our headquarter, for the evening’s meetup at Frac. 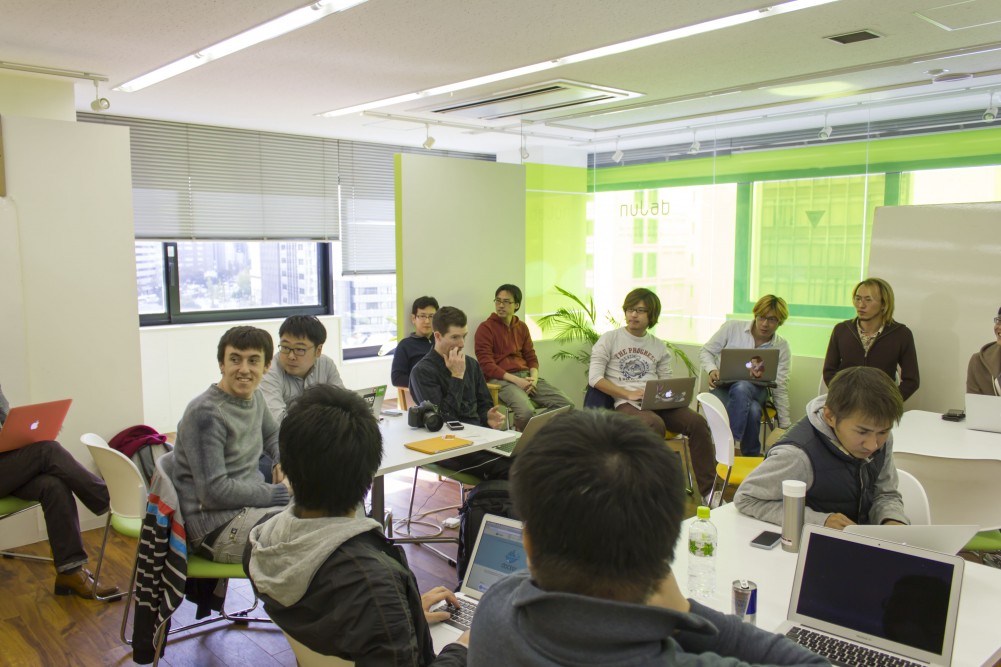 Prior to the GitHub meetup session, John Britton and Matthew McCullough from GitHub gathered at Nulab headquarter office in the afternoon for a private meetup with our team as well as an invited crowd from various companies in Fukuoka. At this small meetup, I had the opportunity to share about Backlog, Cacoo, and Typetalk, while the other guests also shared about their respective companies, and the ways they have used GitHub in developing their products and services. It was a delight to have John and Matthew at our headquarter office. Here’s a picture of the duo being fascinated by our video meeting system. 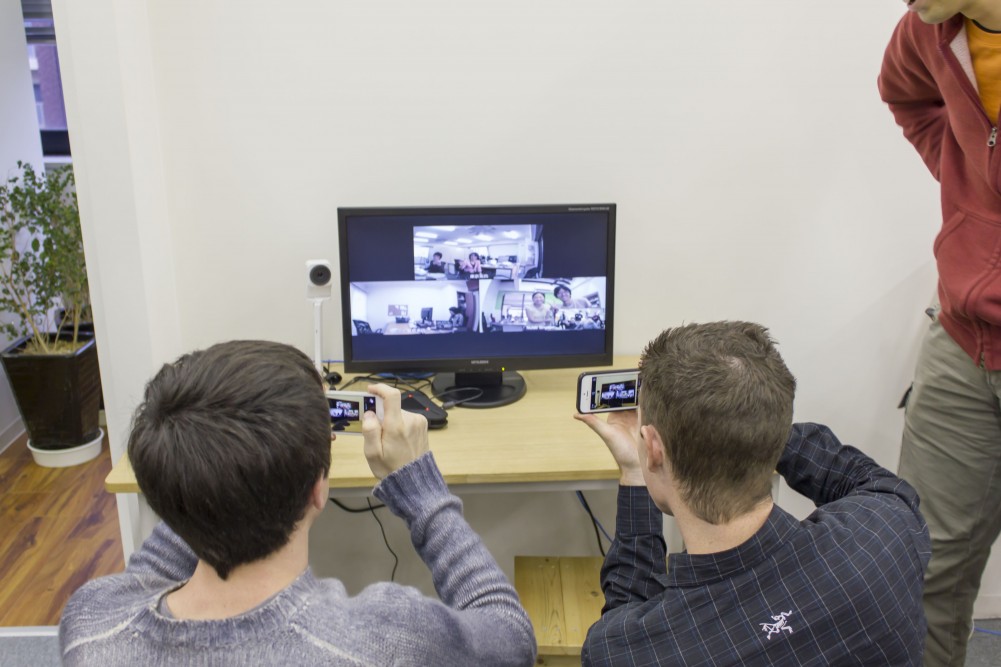 In the evening, GitHub Meetup Fukuoka saw an impressive attendance over at Frac, with more than a hundred people who turned up. 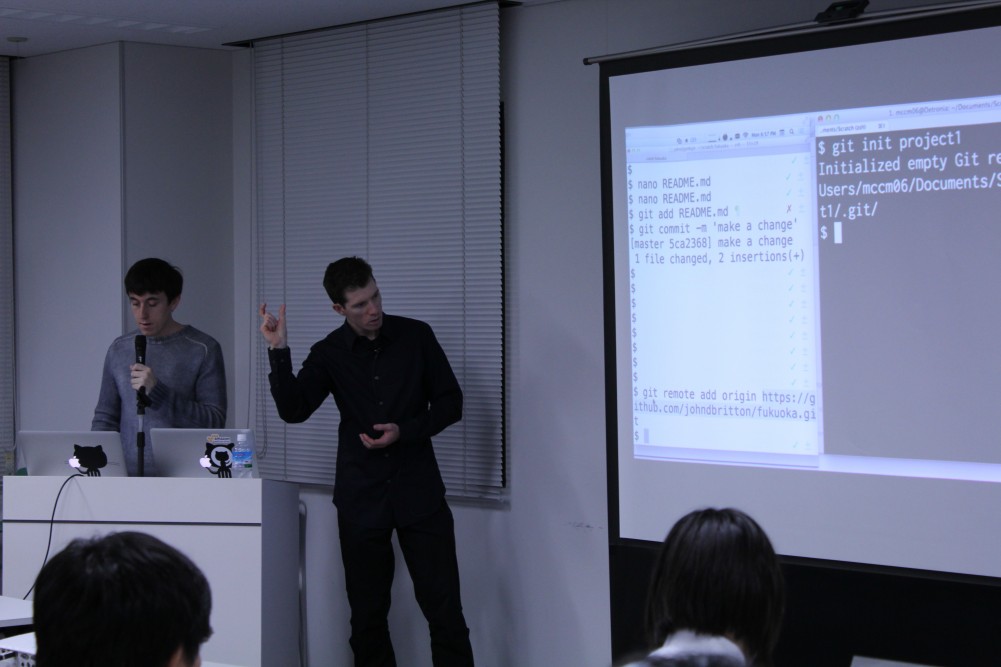 John and Matthew started with an introduction to Git and GitHub. After which, attendees worked on fork repository, push and pull request on GitHub, as well as source code editing. Q&A was a fruitful time. There was a truckload of questions for the team, who in turn distributed some GitHub swag (Octocat stickers!) to everyone who participated. 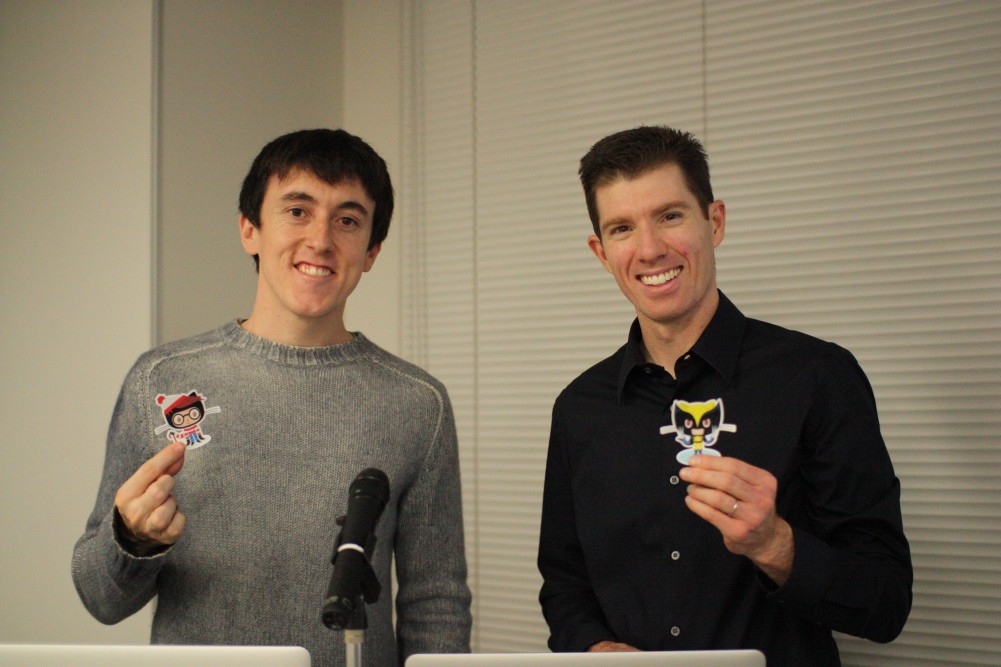 In the second half of the talk, John and Matthew talked about about GitHub Pages, CI, and shared some useful tips on using GitHub more conveniently and effectively. 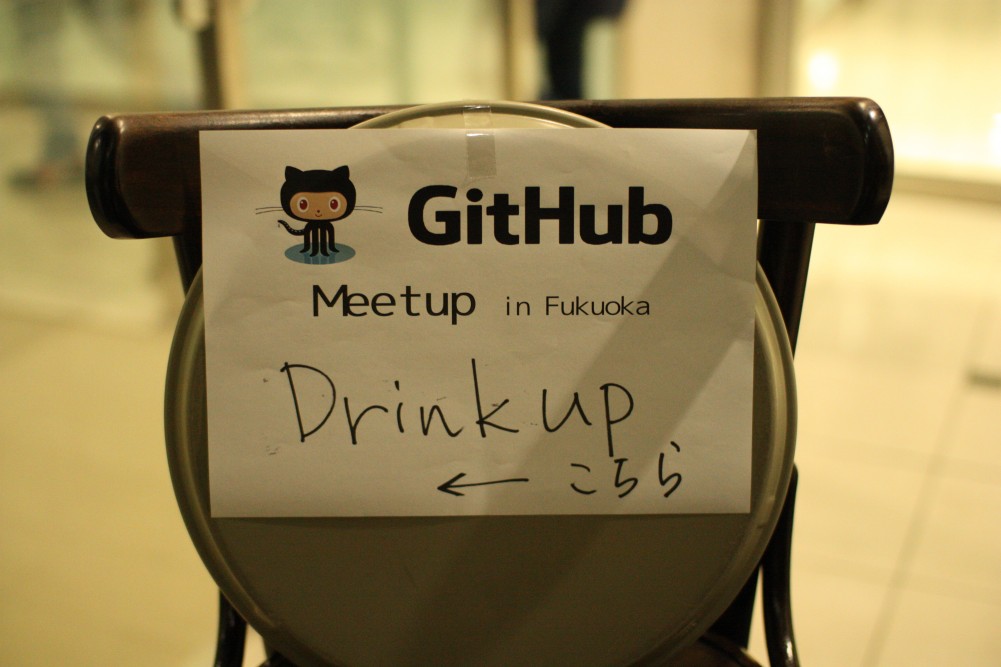 To conclude the event, about fifty of us headed over to BEER BAR スーパー新世界 (Super New World), a bar located in the cosy district of Hakata, for drinks and more networking. Everyone was also treated to a round of drinks on GitHub’s tab. Thank you GitHub! 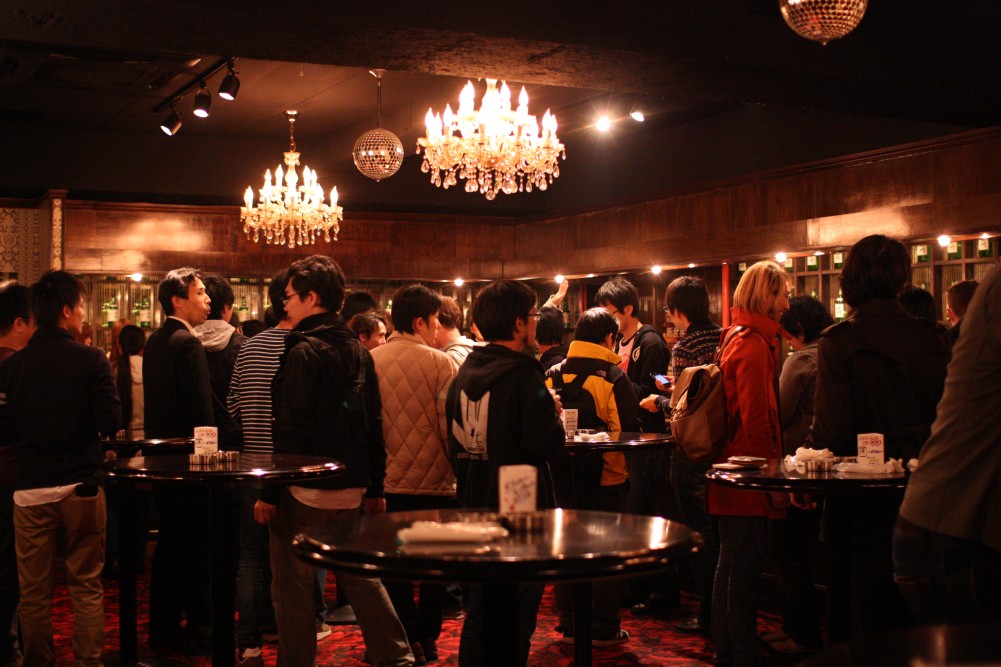 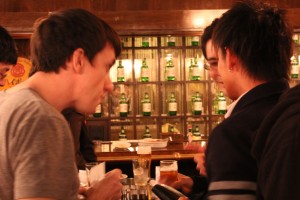 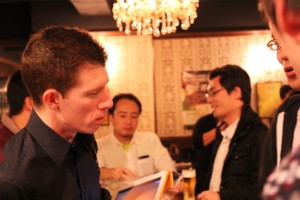 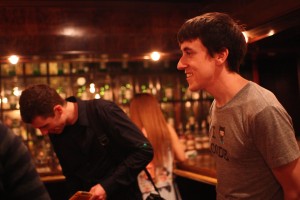 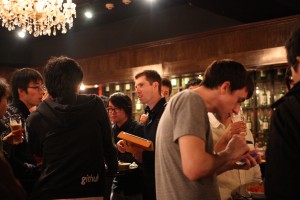 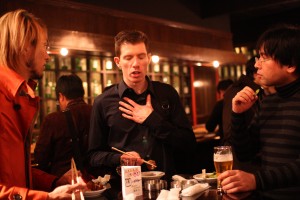 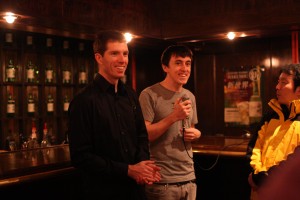 It was an incredible day with the team, and we look forward to having them back in Fukuoka.