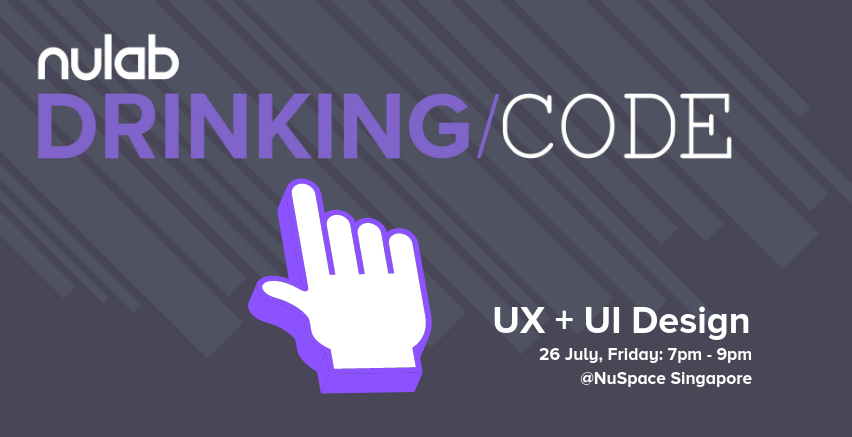 For July, Nulab Drinking Code Singapore featured the theme of UX and UI Design for our meetup.

We invited two speakers to NuSpace – our community space in Singapore – to share their knowledge with everyone.

Most people had come to the meetup straight from their workplace, so they were understandably hungry. But don’t worry, because we have pizza, snacks and drinks before our talks. 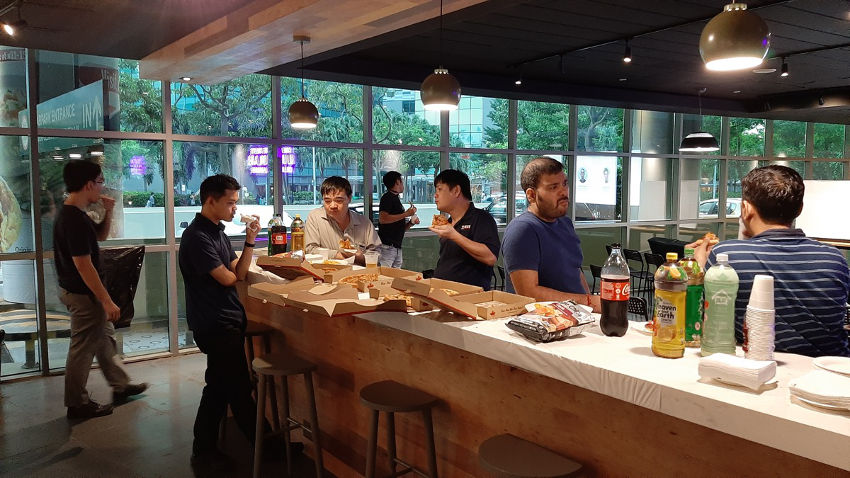 With more than 15 years of work experience in UX, Victor gave an insightful talk on the work and career of UX design. He shared about the design process, from problem definition and research, to testing and implementation. There were also examples and case studies from his work experience.

Victor giving his talk to the attendees.

Standing/sitting at the back.

Haris, or Happy Haris as he is known by his Twitter handle, was energetic and lively. Although his talk was more technical with code samples, Haris also took the time to share about Flare, a new online web tool that makes it easier to create and export animations to Flutter.

After the talks, we had a mingling session. The attendees had a chance to meet the speakers and chat with them. Groups chatted amongst themselves and also exchanged contacts. One of the beer kegs ran out but a new one was quickly replenished.

Here are more photos from the event: