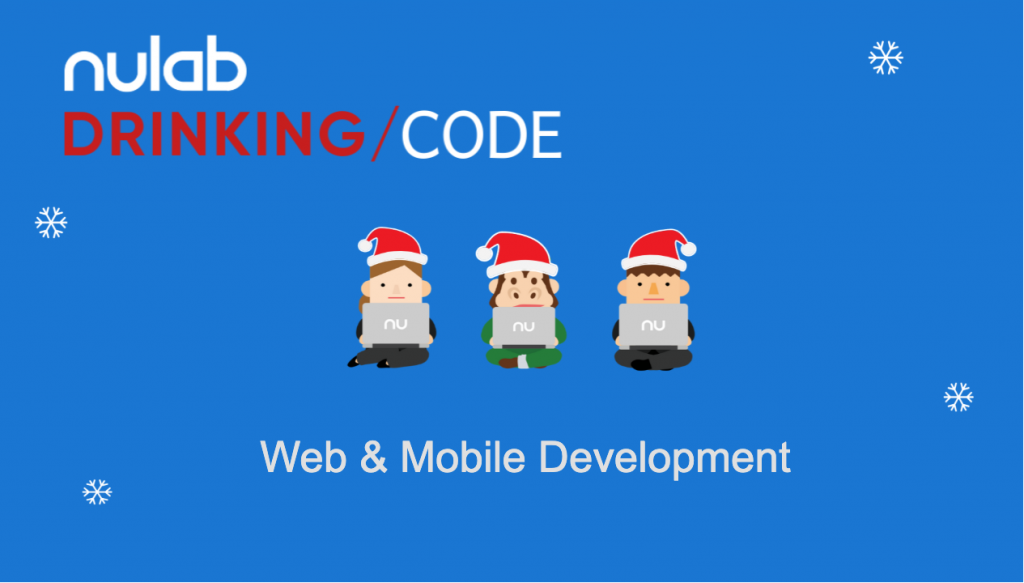 Sign up to become a NuSpace member and join our events in Singapore.

Let it snow, let it snow… Or rain.

In Singapore, we don’t really have winter or snow, but it’s raining almost every day nowadays, and temperatures are a cool 25 degrees Celsius.

Despite the cold and wet weather, we had a cozy Nulab Drinking Code Singapore meetup on 5th December night, featuring the theme of web & mobile development.

Before the talks, attendees helped themselves to drinks, pizza, and also chatted amongst themselves, sharing about their work and backgrounds. 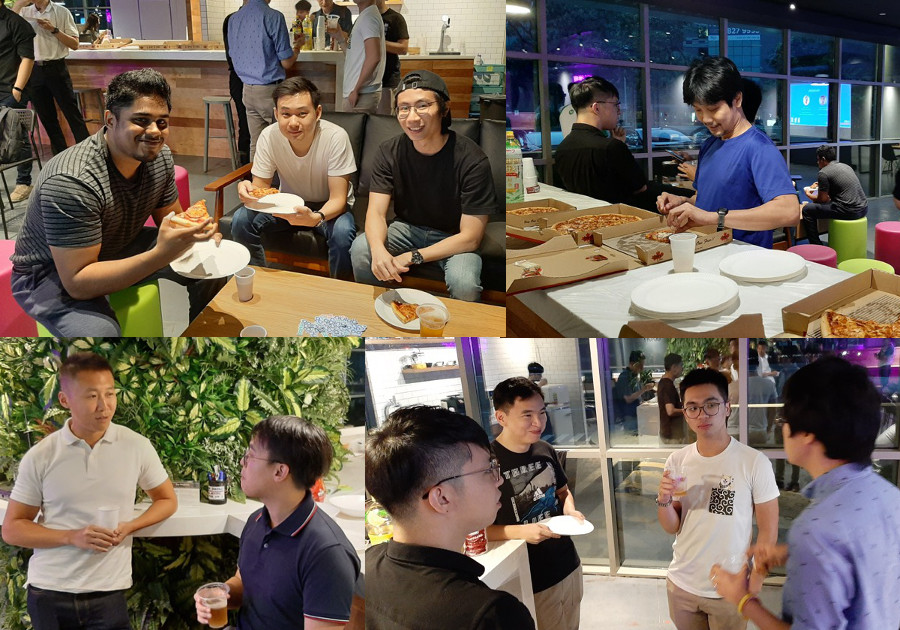 Having used both React and Vue JS in work and production systems, Aaron compared both frontend frameworks by using an example of a CRUD (create, read, update, delete) app. He also explained some of the problems developers might encounter in using the two frameworks, and his solutions or workarounds for them.

# The Art of Flutter: Toolbox for learning Flutter

Jason gave an introduction about Flutter’s history, trends, and adoption by developers to build cross-platform applications for Android, iOS, web, and desktop. He also provided topics for mastering Flutter, and shared on how pslove used Flutter to help them develop their product within a short timeframe.

After the talks,
our attendees had a chance to mingle, chat with the speakers, and enjoy more drinks. More photos at our Facebook album.

If you are interested in the next Nulab Drinking Code Singapore meetup, come join us!