A Japanese engineers experience in NY Masa Okunishi, a Japanese engineer at a startup in New York.

New York City has taken to being called “Silicon Alley” (a play on Silicon Valley) in recent years. Many of the startups setting up offices in New York come not only from the US, but from all over the world.

I interviewed Masa Okunishi, a Japanese engineer who works at a startup in New York.

Since 2013, Masa has been working at a healthcare startup that provides New York residents with an online doctor appointment booking service. Starting in February 2015, he began to organize a Meetup group called Japan NYC Startups. Born in Japan, Masa moved to the US in 1997 as a student. After college, he worked in Los Angeles and New York as an infrastructure engineer from 2002 to 2011. Talking with Masa in NOHO.

“I found my passion here!”

What do you do at your company?

I work on the DevOps team and support the company’s production and test environments. I act as a bridge between our developers and IT, customer support and vendors.

How did you find the job?

I found it through the job map on Made in NY. “Made in NY” highlights job opportunities in New York.

How long have you been working in the tech industry?

Most of my professional career. When I was attending university in the south, I had many opportunities to fix the computers in the PC center. After graduation, I worked as a voice engineer for a system integration company […] for 9 years, then I traveled around the world for 7 months. After I came back to New York, I was interested in the travel industry, so I started working at a travel agency but later switched to a bank for a few months. Through those experiences I found out that my passion is for IT. Around this period, I also began to participate in the several Meetup events, where I met many people from various startups and software industries. 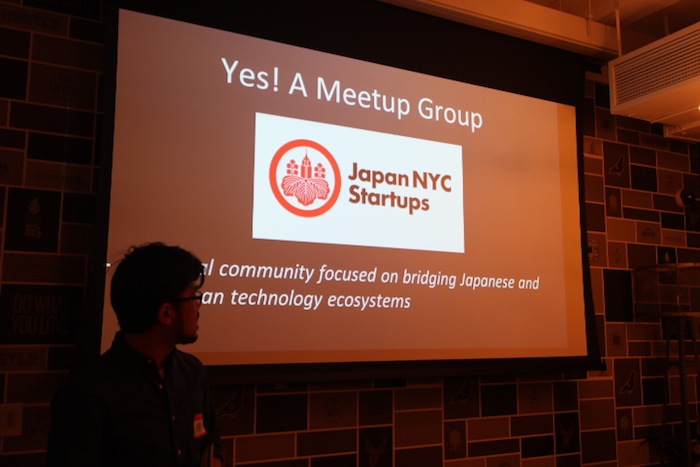 “Art, fashion and tech have been successfully fused in NY”

Could you tell me what’s going on in startup community here? What’s booming now?

The tech community has been growing up rapidly these past 3 or 4 years! When I moved to New York 11 years ago, I barely heard the phrase “tech community,” but I started hearing it a lot recently.

Any startups that caught your attention?

Well, let’s see… First of all, I would say Nulab, of course!

Other companies […] I’m interested in: MongoDB, which I’m currently using […] Squarespace started advertising in the Super Bowl, so I’m curious about what they are going to do next.

What are the characteristics of the startup communities in New York?

I never worked in Japan or Silicon Valley as an engineer so I can’t give exact comparisons, but I would say that in New York there are many large companies for which technology plays a huge role. There are also plenty of startups that actively support the fashion and art industry. Etsy and artsicle are some examples of a successful combination of art and technology.

New York is different from the image of male engineers coding intensely like in Silicon Valley. Here, there are a lot of female entrepreneurs and engineers. For example, Women Who Code is a popular gathering of women who are geeks and passionate about technology. I think such an achievement is also related to New York’s background with the tech industry’s intersection with the art and fashion worlds. “I’m glad that the number of participants are increasing each by each at Japan NYC Startups”. – Masa

What was the motivation behind the “Japan NYC Startups” Meetups?

I started attending Meetup events a few years ago and was always wondering, “How can I meet other Japanese tech people in New York?” Late last year, I wondered if as a Japanese person, was there anything I could do for Japan from here? I searched the words “New York,” “Japan,” and “Startup,” but did not find anything, so I said, “Let’s do it!” My friend and I started the group soon after.

At the beginning, I worried about many things. For example,  targeting Japan and startups might make it too narrow so that only few people will attend. But if I emphasized tech, then I worried that only big Japanese companies might attend or something like that. But after starting the event, I found that my concerns were unnecessary.

My friends and I are hosting this Meetup every 1- 2 months and each time we have guest speakers from the US and Japan. Sometimes we do a picnic in Central Park to make things easy and fun! We usually average 50- 70 attendees each time. Recently, a participant told me that he wouldn’t have met interesting people if this event had not existed. That made me happy and I’m so proud to hold this event. “I would like to host Japan NYC Startups as a bridge between the tech communities in Japan and the US for as long as possible.” – Masa

Sounds like a Japanese tech community is springing up in New York!

Exactly! One of my friends also just began to throw a monthly dinner and drinking party after work for Japanese engineers. I was waiting for this kind of gathering in New York. It’s fun to meet new people!

Do you think there are many opportunities for the engineers in New York?

Yes, there are so many chances here in New York because there are not a lot of experienced engineers here for companies to choose from. If you have an excellent background and talent, then many companies would want to hire you. Even if you don’t speak English well, it’s not a big deal for them. The chances are there for entrepreneurs too. If you would like to set up your business, you can test it here easily.

What do you want to do next?

I have lived in the States for many years, but I would like to do something for Japan since I was born and raised there. I would like to become a bridge between the Japanese and US technology ecosystems. I want to hold the Japan NYC Startups as long as possible.

And also, it would be great if I could host something like a Japan-related tech conference in New York someday in the future. Oh, of course I also want to start my own business someday! I have some nice ideas, but I will share it next time!