A Conversation with designer Simon Oxley

This past Tuesday, Roxanne and I sat down with Simon Oxley, a good friend of our CEO (whom we fondly refer to as Masa). The name might not be familiar, but you’re probably more familiar with his work as the designer of the GitHub Octocat and the original Twitter bird.

People are probably wondering, so I have to ask. How did you meet Masa?

Yeah, it’s quite funny. I actually thought I had met him already before I met him in person. When I met him, I thought, “Oh, you look a little different than last time.” Did you meet in Japan? Yeah, in Tokyo? No, Fukuoka. Through your wife? I really can’t remember, to tell you the truth. So many years ago. I think [I’ve known him] since 2008?

It looks like you lived in Japan for a while. How’s your Japanese? I see you have a book there.

[Laughs] That was from when I actually first got to Japan. That’s, uh, back in ’99? But my Japanese was alright. I could communicate on a basic sort of level, but sometimes throw in some complicated words. Still not bad, because we returned to Japan the last two years for a month at a time. Also, over here my wife’s got Japanese friends. They all gather the family and the kids all still practice kanji and conversation. So I kind of listen in on all that. 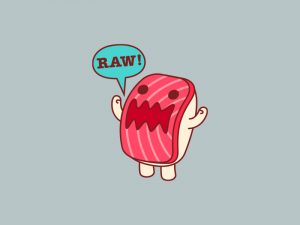 Japan is a great location. Did you get an inspiration while you were there? Where do you typically draw your inspiration from?

I used to go into the bookshops, look at all the design magazines, things like that. Shrines, seeing all the details of the emblems ’round the shrines. And I think just really being immersed in the culture influenced me without realizing. And the atmosphere, you know, it’s to want to create, say, cartoonish type of work whereas in England it felt a bit like a more serious, conservative type of styling.

What does your general work process look like? Or do you just make things up as you go?

I don’t really have rituals. When I get a client job, I approach it quite differently, and sometimes it doesn’t work. I can’t get over what the client wants. I kind of prefer to do my own stuff and then clients come and buy it from me. But I’m not saying that client work is bad, it’s just sometimes frustrating because you can’t deliver exactly what they’re after.

Do you sketch on paper first before you move on to the computer?

When you get into creative blocks, what would you do?

I just do other things, really, until it comes back. Sometimes if I’ve been working on it for a couple of months, then it’s difficult to keep sitting at the computer, so I have to be off doing something else.

You’re known for crafting whimsical creatures. What do you believe is key to developing your own sense of style in design?

I think, really, just drawing or making the things you enjoy, and developing it from there, you know? Like you start in the morning, say, and if sometimes if I haven’t sat there for, say, 5 hours I wouldn’t have reached a point in the flow that would have generated that particular idea. It’s a little bit discipline for me in that respect.

I guess share my work on portfolio websites, get feedback, keep looking at lots of things, see what generates my interest–not copy it, but get some inspiration from it. 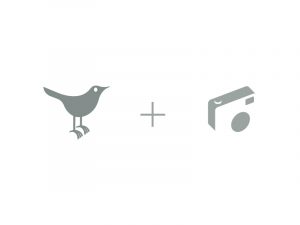 How did you establish yourself in such a unique market, working with popular tech startups like Twitter, Bit.ly, and Github?

I think it was just the promotional value I got from the Twitter bird, which then led to these other companies maybe looking up my work. It was mentioned in magazine articles. So they would then go look at my images on iStock, which is how [Github] found the Octocat. That drawing, for examples, I never meant it to be anything. It’s just that when you’re using vector software, as you know, you can just move shapes around [like a] puzzle. I used to just treat it a bit like a Mr. Potato Head sort of thing. As I was going along, I just amassed more pieces [and] put them into a different format.

Before we end this interview, what advice would you give to aspiring design professionals?

Just experiment while you’re young. When you get older, you do get a bit more narrow-minded. When you’re young, you take more risks, test things out more. Learn the software, keep drawing, photographing, painting, sculpting, whatever. [Formal training] is helpful. You need life experience, being around your peers, just soaking up people’s attitudes. It might narrow your mind, just being at one company. And travel! That’s been my biggest inspiration.

If you ever have the pleasure of meeting Simon yourself, you’ll see that he’s a very quirky, fun guy.

This is Sandra, signing off. Until next time!