Geekettes is a worldwide community dedicated to helping aspiring and established female tech innovators. Roxanne and I interviewed Anna Siegel, one of an ambassador of NYC Geekettes.

Anna has been working full time at 7digital for six years, managing the company’s marketing and PR. 7digital is a digital music platform based in the UK and powers services for third parties. Its API platform and catalogue are licensed to companies who want to build music streaming and radio services. On the side, she has been organizing NYC Geekettes for about a year with Hollie Haggans, a Community Development Manager for DigitalOcean, working on global partnerships to build awareness around DigitalOcean’s core focus of making awesome products that developers love. Anna is a Vancouver, Canada native who now lives in Brooklyn.

How did you first hear about Geekettes and why did you decide to join it?

I studied with Jess Erickson, who founded Geekettes. We were in the same Master’s program in Media Communications at the London School of Economics, talking about all sorts of next-wave ideas. I knew she had a lot of really strong ideas for how to push things. When she went to Berlin and started working in the tech startup scene, I felt like I blinked and overnight she had started getting great PR coverage for her new project, Geekettes. But, of course, she was working tirelessly with her co-founder, Denise Philipp, to start this amazing tech community for women in Berlin.  Before I knew it, she was launching Geekettes chapters at different cities and had emailed me to ask about NYC.

Recently, Jess moved to San Francisco and she is overseeing all the different chapters and keeping in touch with ambassadors in each city. She manages the larger organization and concept, but Denise is still based in Berlin and running daily operations of Berlin Geekettes.

Could you tell me more about a brief history of Geekettes in Berlin and NY?

Geekettes Berlin was founded in 2011 to empower women to engage and enter the tech industry–or to get involve in tech. Berlin provided the perfect storm for this: a city ready for this type of platform that enables women to discuss ideas, empower each other, and to learn from one another.

So when Jess asked Hollie and me to look at New York, and what Geekettes could be here, it was a bit of a different scenario. There was a lot more going on for women in tech in New York. There are many strong groups already doing great things for the community, so we were looking for ways to differentiate, and offer something that people were really asking for.

We launched with a big party at Shutterstock HQ in March 2014, and had a couple of notable women telling their experiences in tech.

For our second event, we had a small roundtable and networking session where we asked people what they wanted to get out of Geekettes. We wanted to know where they were going before and what they were missing from their daily work life or the existing groups for women in tech. 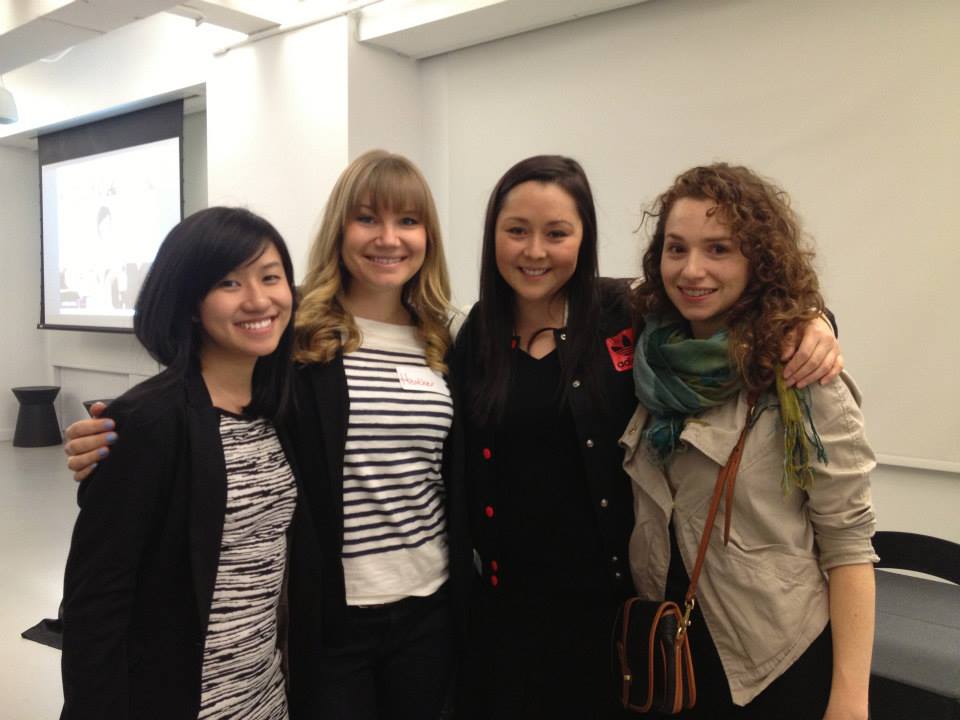 We fashioned a lot of workshops based on the feedback we had gotten. We also just went to people we found interesting to find ways to get their story or skills into sessions that would help our community. We’ve done things like public speaking workshops, networking events, Ruby on Rails classes, digital diplomacy panels, music production classes and hiring events. It just came together by being inspired by the woman engaged in the community.

How do you feel NYC Geekettes has grown since it got started?

We started from the ground up, and have not been investing tons of money for marketing at all. I’m excited to see how organically it has grown.

At the start, there were two ways to sign up: you could visit our website and fill out the form to become an official member (that way you are signed up for the global Geekettes newsletter and can hear about plans for other chapters around the world); or you can just join the Meetup group in New York. It was very interesting to see how effective Meetup was for promoting Geekettes in New York. We tried several messaging platforms, but the communication was too difficult. The second we moved to Meetup, it really took off.

I also think growth has come through the organizations we work with to host the events. They are a fan of what we are doing and by combining our network with theirs, we empower one another. Who are the majority of people attending your events?

It’s a mixture of ages and interests. The majority are programmers and engineers, or women looking to become engineers. They really range from either experienced to new learners, sort of trying to figure out what they can do with our training. A lot of women running digital businesses and other things are looking for a connection to an engineer community and want to know the ways to talk across the communities.

Is it only for women? What would you say for the age group?

We are actually not gender-restrictive. We are open to anyone, so it’s just generally encouraged that these are female-related topics and the core audience is women. But anyone is welcome to attend our event. It is usually just small numbers but men sometimes attend our events too. The men that do attend are generally extremely supportive of the group, so we have never had to enforce anything–and we hope that continues to be the case. Age range is sort of, again, anywhere from entry to senior level. But it varies from one event to another. I’m always excited to see a cross section of women from all age groups. Because the conversation and open community foster learning, sometimes younger or entry-level women will end up with mentors from the group. That is a connection we are always happy to hear about.

What kinds of events do you usually hold?

We are more focused on education, and all are with a networking or social element. In Berlin, Geekettes have had a couple of Hackathons that were really successful. So doing the Hackathon in New York is definitely on our list things to do.  It’s just a matter of finding the right partner, space and time for that. Talking with Anna at the cafe in Brooklyn.

Could you tell me about what’s going on in the NY startup community?

I think that startups founded now have a bigger challenge than they had few years ago. A lot of ideas have been seen and a lot of well-funded projects have tanked. It actually means that the conversation that is happening requires not just a social tech survey of skills, but also a real business savvy leader. I think that women are coming forward with those qualifications from all over the map.

Can you give me some examples?

I’m in the music business, so mainly I keep my eye open to the music tech scene. Last year there was a company founded called Sparkplug. It is best described as the Airbnb for traveling musicians who need to rent music equipment. That was started by two women in the music industry and it launched with great reviews.

How about startups in general?

I think lot of NY startups are inspired by the city and the types of interactions that happen here.  So things that encourage the sharing economy are huge. I think individual entrepreneur and freelancers are in abundance, so apps that allow for easy payment and booking–or organizational apps–are all very popular here. There is also a huge agency and creative industry here, so things appealing to content creators and creative engagement are quite popular here too. What are some goals you have for the organization in the future?

The goal is just to continue to grow organically, contribute to the community, and hopefully see the industry shift to include more women in tech–or diversity in general. We are already seeing it, really. There are more and more recruiters targeting female talent and we will begin to see the numbers shift.

We want to empower more women to get the skills, confidence and connections they need for getting the job or for starting up their own businesses. So that is the goal, and we will get there by continuing to engage interesting individuals and organizations, that support of the movement. Oh, and we want to have a Hackathon! 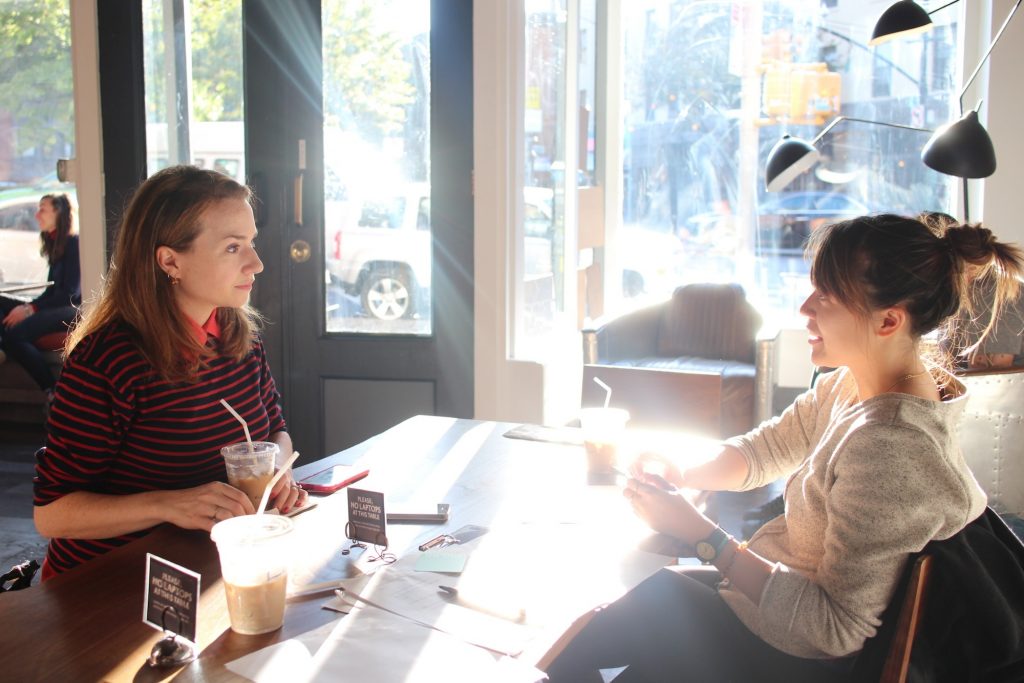