With our most recent expansion to New York, we now have a total of five office locations across the globe including Fukuoka (Headquarter), Kyoto, Tokyo, Singapore, and New York. On top of that, we also have two community managers based in Taiwan and Vietnam. In Taiwan, our community manager, Lillian, is focusing on managing our user community as well as introducing Nulab Inc. to people in the Web industry.

Our collaboration services, Backlog, Typetalk and Cacoo, are used by many users in Taiwan. Cacoo alone has over 70,000 user accounts in Taiwan out of a total of 1.5 million users globally. Backlog is also becoming increasingly picked up by companies in Taiwan to promote collaboration.

Since we have been spending a lot of time in Taiwan, I would like to introduce some of the interesting people, companies, and communities we have come to know in Taiwan.

5xRuby runs services: Technical Consultancy, Enterprise Internal Training, and Training. Since they are operating a Ruby and Rails community called Rails Girls Taiwan that teaches female participants how to create web apps using Ruby on Rails, I have a feeling that they are really loving Ruby. Additionally, they are organizing an event called WebConf in Taiwan. 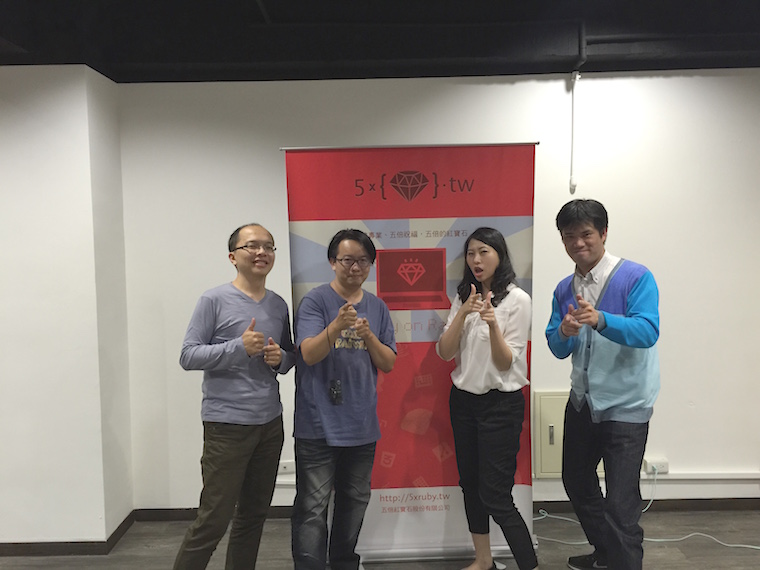 Startup Weekend is a global community event for passionate leaders and entrepreneurs. Held over the weekend, it provides an opportunity for entrepreneurs to learn, develop or fine-tune their startup ideas. David Kuo, who is a co-founder of iiiNNO, has been promoting a lot. Furthermore, he has started a new co-working space called TEBA Asia. 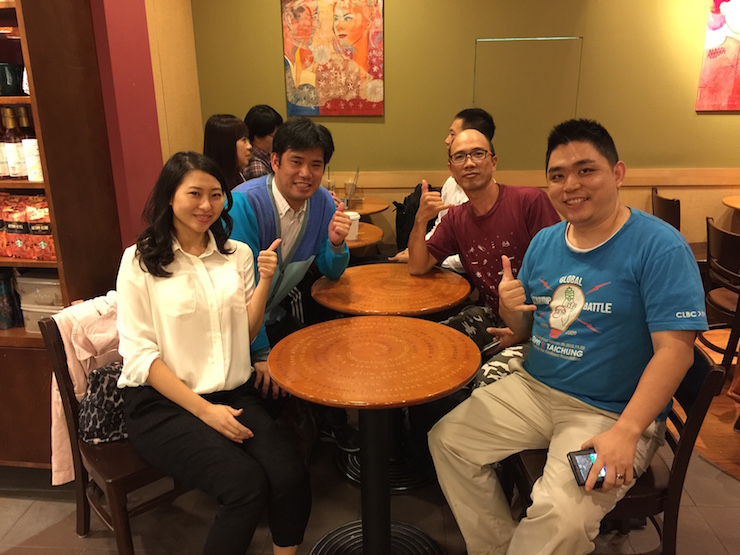 David introduced a Taiwanese startup to us. L.C. Huang is the CEO/PM of Foolpin, which is an online platform that allows people to exchange customer experiences thus helping them to avoid bad products and services in the market. Foolpin was created during Startup Weekend Taiwan. We were also introduced to another entrepreneur, Sandy Chiu, co-founder of the community platform. You can avoid buying inappropriate products. The Foolpin is generated in Startup Weekend. Sandy Chiu is the co-founder of the community platform called The IRON MAN Realize Alliance. The community gathers users to share and create new technologies as well as to share experiences, skills, and expertise. She is now in the midst of creating a new company called MONSKER. My friend Holly, who works at DAMO, introduced her company’s product, DAMO.

This video is a demo of DAMO. This hardware called DAMO can connect wirelessly with your Android device to turn a standard projector into a virtual touchscreen. We introduced our project management tool, Backlog, using DAMO. In Taiwan, we also talked with a Backlog user, Leona Kuan, who is the sales manager and co-founder of Play Plus. The company creates corporate and e-commerce websites, iOS/Android apps and customized web systems. They also provide marketing strategy consultancy services too. Leona gave us some really good and useful feedback regarding Backlog which is definitely helpful in our future development and improvements. Thank you, Leona. We will soon publish and share her video as a customer’s voice soon. Xiaoha is a friend of mine who is the CEO of the startup company Capsule Inc. He moved to Fukuoka from Taipei this year. He still visits Taipei sometimes as the company also has a branch in Taipei that creates their own services and apps. and create their own service and apps there. We’ve found his bed in his Taiwan office when we visited. Now, they are providing a site called SHIRYOUKO for smartphone game players. Of course, he is also a Backlog user. Finally, I want to introduce Fabcafe to you. FabCafe is a space that conveys the FAB spirit in a fun, delicious and easy to understand way. In the center of Shibuya, an area overflowing with youthful energy, we provide a space where people can enjoy making things in an exciting environment furnished with a variety of digital fabrication tools, including a laser cutter.

Every time I visit Taiwan, I spend a lot of time in meetings here. This cafe is operated by Japanese company Loftwork. My friend Tim, who joined Loftwork, is now the manager at FabCafe. I met Chiaki Hayashi who is the co-CEO of Loftwork. She said she wants to create a community and network through FabCafe. From Tokyo, FabCafe has now spread to several cities including Taipei and Barcelona.

I love to talk with Tim while drinking coffee there.

See you soon in Taiwan

With our awesome community manager Lillian and our friends, we are focusing on Taiwan more than ever before. If you are working in Taiwan, we hope to see you soon. Like our Facebook page to get more of our updates in Taiwan!