If Conference, a one-day Japan NYC Startups conference, will be held in NYC

If Conference, the first major Japan-related tech event in New York City, will be held on April 11, 2016 at the Microsoft Technology Center in Times Square.

Successful CEOs, including Nulab Inc.’s CEO Masanori Hashimoto, and investors from New York, Silicon Valley, and Japan are lined up to give insightful keynote speeches. Each will discuss the tech scenes in their respective cities and there will be 10-15 sessions in total at the event. If you’re interested in learning more about the rapidly growing Japan-related tech community, this event is a must!

The three organizers of If Conference (Masa, Yu and Toby) also coordinate Japan NYC Startups, a meetup event in New York that has been held every two months since February 2015. Check out this exclusive interview with the If Conference crew and get an insider’s look at what to expect from the highly anticipated event! 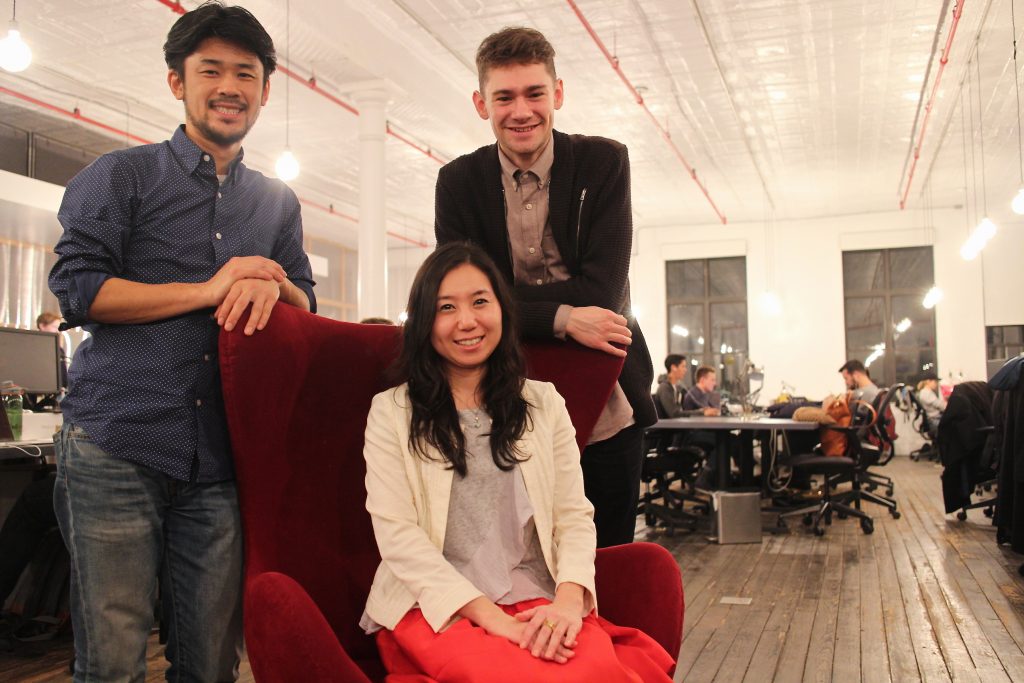 (From left to right) Masa, Yu and Toby, organizers of If Conference and Japan NYC Startups. “We have so many people who support us for this conference; I thank them all.” – Masa

Founder and engineer. Masa worked at an infrastructure company and a healthcare startup in both New York and Los Angeles. Last year, he founded his own startup called Rising Startups. He also interviews founders and entrepreneurs in New York and shares them on the Rising Startups podcast. (Learn more about Masa in this Nulab interview.)

Project manager in the IT department of a finance company. Yu is involved in new marketing projects and business development in Tokyo and the U.S., including the release of Windows 7 at Microsoft and B2C marketing at Dentsu Inc. She also has been conducting research and analysis on east and west coast startups.

Freelance product design leader working across New York and Tokyo. Toby lived in Japan from 2012 to 2013. As the blogger behind Subpixel Space, he writes about an array of niche topics including design, politics and philosophy.

Date: Monday, April 11, 2016 from 12-8pm (Time subject to change; please check the website for most up to date schedule)

“If” this conference happens, what kinds of connections will be created?—Attend to find out.

How did you guys meet for the first time?

Masa: I met Yu at the NY Tech Meetup in 2013, we talked about all sorts of tech things. We asked each other: “Why is there no Japan-related tech community in New York?” Then we agreed: “Let’s start one ourselves!” We founded Japan NYC Startups on meetup.com in January 2015. We have held a meetup every two months since then. 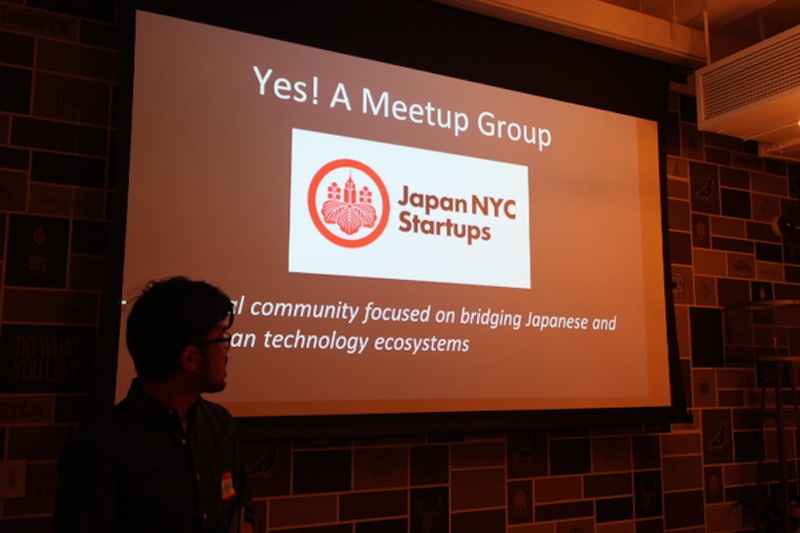 The first ever Japan NYC Startups in February 2015. 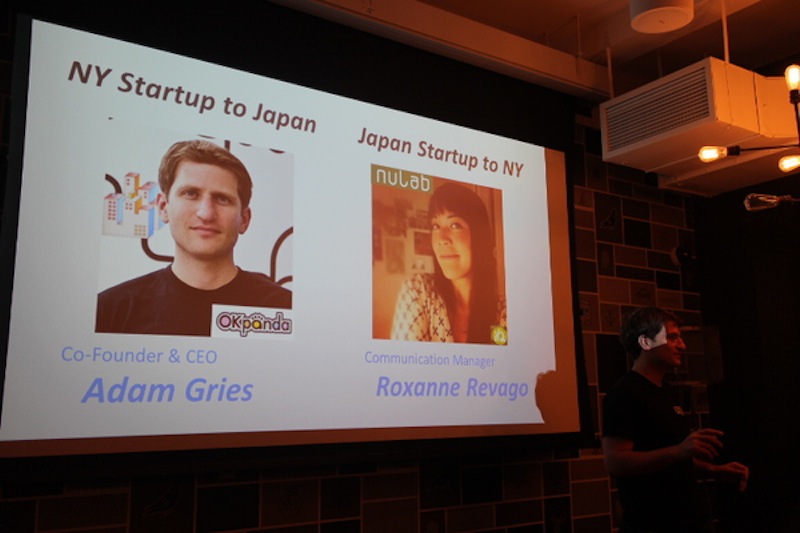 What does ”If Conference” stand for?

Toby: I named it actually. As Masa just explained, before creating Japan NYC Startups, Masa and Yu were talking about all sort of things such as: “Why is there no Japanese tech community?” and “If there was this kind of community in New York…”

In the same way, kept asking things like: “If there was this kind of conference, what would be starting?” and “If this conference was created, what kinds of connects would be made?” Thus, we named this conference as the “If Conference.” We hope that this growing and bonding community the event is helping to create is one answer to these questions.

What is the difference between Japan NYC Startups and If Conference?

Masa: Japan NYC Startups target those who work or have an interest in Japan-related startups. Our goal for the meetup is to build a network for those involved in the Japanese tech community. We want people with this shared interest to have the opportunity to socialize regularly.

We aim to make If Conference a grand, annual event for Japan NYC Startups.

I have actually wanted to organize this tech conference for few years now, but at the time, there was no Japan-related tech community in New York. It would have been challenging to hold the conference with little to no foundation, right? So, I started Japan NYC Startups first.

As you know, Japan NYC Startups is a meetup event. It may be a bit difficult to find us if you are not member of Meetup.com. If Conference steps outside the Meetup world, making it easy for anyone to find us.

Also, If Conference will be held at larger venue than regular Japan NYC Startups events. More people are able to attend, which will hopefully raise awareness of the Japan-related tech community. Japan NYC Startups has been held in even-numbered months. “We will continue it [meetup] once every two months.” – Masa.

What is the schedule for the conference?

Toby: There will be keynotes and 10-15 info-sharing sessions from 1pm to 6pm. There will be speakers from Japan, Silicon Valley and New York.

Yu: There will be a keynote speaker at the beginning of the conference and also one at the end. Taro Fukuyama, CEO of AnyPerk in San Francisco, and William Lohse, investor from New York, are both scheduled to speak.

Taro is one of the most popular Japanese CEOs in Silicon Valley. William knows a great deal about startup trends in New York and Japan.

Their different perspectives, a young CEO vs. an experienced investor, will make for very interesting and diverse keynote speeches. Keynote speakers: Taro Fukuyama (left) and William Lohse. Taro is CEO of AnyPerk in San Francisco. William is an investor and founder/general partner of Social Starts. He is also the founder/CEO of Pivot Conference.

Masa: Nulab Inc.’s CEO, Masanori Hashimoto, will be joining and giving a speech at the conference. He is the only one speaker who is traveling from Japan! He will discuss the tech scene in Fukuoka, Nulab’s headquarters and a leading tech scene in Japan.

Here are just a few of the scheduled speakers:

We will be sharing more information about the conference on our website.

Excellent line up! How did you get these great speakers to participate?

Masa: Some are from Japan NYC Startups’ line up; we asked if they would participate at the conference and they were thrilled to do so. The other speakers are our friends or supporting member’s connections. 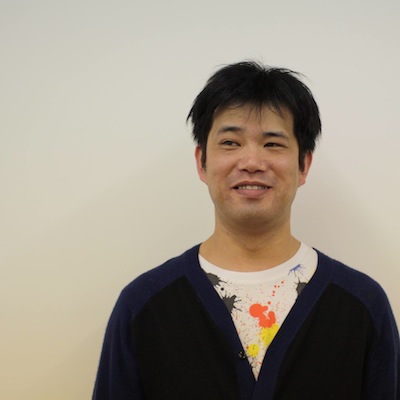 Masa Hashimoto, CEO of Nulab Inc. He will share what’s happening in the startup scene in Fukuoka, Japan.

This is a grand sum of Japan NYC Startups, and it’s just a beginning!

What is the highlight of the conference?

Toby: If Conference is the grand sum of Japan NYC Startups; it will include all the concepts that we have discussed in New York for the past year.

New concepts are sure to emerge because we will not only have speakers from New York, but also from Silicon Valley and Japan. We will not only have a Japanese CEO/founder, but also an American investor and executive coach. Concepts will further develop and expand due to the diversity of the individuals involved in the conference.

Yu: I feel like this is just the beginning. We are involving various people and organizations. For example, the Japanese government-related “JETRO” is also joining us as a partner.

This has to be the result of you guys continued hard work within this community.

Yu: We really appreciate all of our supporters and attendees. For many Japanese people, the U.S. startup community only encompasses in Silicon Valley. Japan NYC Startups has introduced the many Japanese professionals working in startups in New York. We have showed that the tech scene is also booming in New York. We would like to introduce what we have seen so far, what the benefits are of startups in New York, and what are the differences between Silicon Valley and New York. Entrepreneurs, investors, engineers and those interested in the Japan-related tech scene gather and network at Japan NYC Startups.

Masa: I just want to add one more thing. Recently I realized that making connections is a key to success and crucial regardless of what community you are a part of. When I look around, the Japanese people living in New York are not connected to each other tightly enough.

Look at the Korean and Israeli tech communities in New York. These two groups are very active. They are tightly connected and I think this is the key to their success.

I hope the same close-knit network will develop in the Japanese community. I will be happy if If Conference inspires someones and gives them an idea for building the Japanese community. If Conference is a tech event, but even if an idea is not tech related, I hope new communities in other industries will sprout up and create other networking platforms.

I believe this is the first step for the community to grow organically and find even greater success.