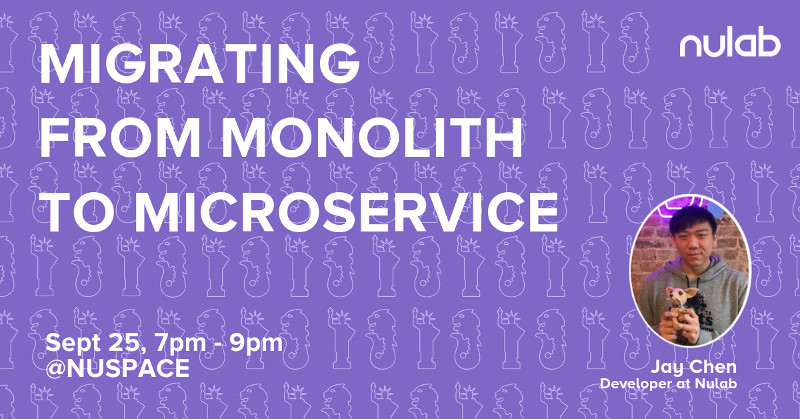 The first talk was organized by the Singapore Kubernetes User Group and hosted at NuSpace, our Nulab user community space. 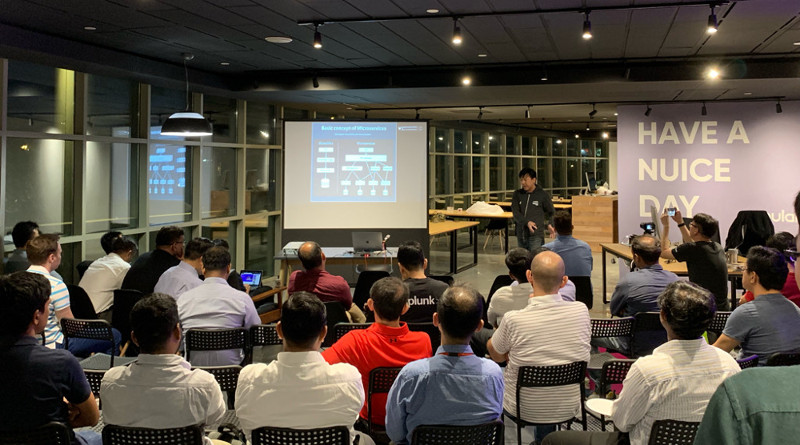 Before the talk, the organizer/emcee James Buckett had attendees introduce themselves so that everyone could get to know one another. Migrating from Monolith to Microservice

Jay’s talk centered on how we changed our Cacoo online diagramming tool from a monolith backend infrastructure to microservices using Kubernetes, and the benefits and tradeoffs of this move.

After the talk, Jay fielded several questions from the audience; the topic of microservices was clearly intriguing for many developers. Stay tuned for a future blog post on microservices, from Jay!

The next night, Jay gave a second talk organized by the GoSG meetup and hosted at Shopee Singapore.

Building your web service into one binary file

In this talk, Jay gave a demo using the go-bindata library to build a single binary file that contains both server and website.

When working with Go applications, like our app Cacoo, files are statically compiled. But it can be tedious to manage the many static assets (images, etc) often necessary in a web service. Compiling these files into a binary simplifies this process. 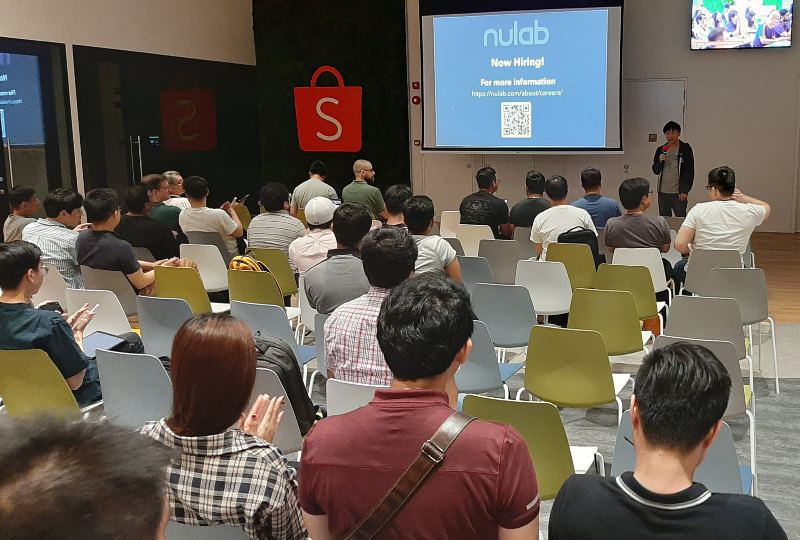 In case you were wondering, Nulab is hiring! Just visit our careers page for more details.