atWare, Inc. has been using all of Nulab’s products—Backlog, Typetalk, and Cacoo—for both internal and external tasks since 2014. We visited the company to learn about the business improvements they’ve seen combining the three services.

Let’s start with an overview of atWare, Inc.

Kimura: Our core business is systems construction built around open-source and other Java server-side technology. We actively adopt cloud services such as AWS and work towards flexible system development. Also, we actively employ Agile methodologies and give weight to growing systems and services with our customers. Using various tools and systems, we support collaboration between people and technology, such as customers with engineers and engineers with engineers.

atWare, Inc. uses all Nulab services for projects. What was the process of adopting these services and how do you use each service?

Kitano: At present, the whole company has adopted Backlog and Typetalk and also signed with Cacoo. We started to use Backlog as an experiment in 2013 and took it full scale in 2014.

Asano: We use Backlog as our project management tool and Typetalk as our chat tool for internal information sharing. We use Cacoo to create materials that explain project procedures to our customers as well as to create diagrams of system formulas and configurations for discussions amongst developers. When you copy and paste a short URL of a Backlog issue in Typetalk, you can easily access the issue directly from your conversation. You can also add Cacoo diagrams within Backlog issues or Wikis. There is no need to export images repeatedly, so we can work much more efficiently. Nulab services compliment each other, so we usually use them together. How do you use Backlog?

Takenaga: We manage daily, weekly, and monthly reports of all employees on Backlog. We used to manage and share reports by email, but they would get lost or forgotten. The situation has significantly improved after starting to manage them with Backlog. We have a project called ”report” where we manage each daily report for each issue. All daily reports can be found in the same project making it convenient to check them all together. Also, it allows us to spot issues by members.

Asano: We also use the custom fields of daily reports on Backlog integrating with GoogleApps to auto-generate our travel expense account.

atWare, Inc. has used Nulab’s open API library for internal business improvements. What objective did you have and what kind of functions have you developed?

Takenaga: Backlog has a ”star” feature that allows you to ”like” something to give positive feedback on a project or to show that you have read something. I usually use it when I want to show that I’ve read our daily reports. Most of the time I read the content in the email notification but to add a star I had to access Backlog. I wanted to do that in email too, so I created an extension that enabled me to add a star to daily reports on Gmail. Takenaga: I used API on Backlog official API library ”Backlog4J”. It was my first time to use Backlog API. Rather than working on a Chrome extension, I started writing JavaScript directly on Console in Developer Tools and completed it within half a day. At first, I was using it privately, but others in the office said they also want to use it, so I decided to make an entry to the company tech competition ”atWare Awards” and created a Chrome extension.

What are the ”atWare Awards”?

Kitano: It’s a design contest where we create websites and smartphone apps using our different skills and ideas. We were initially inspired by the Mashup Awards, and we have now gone on to hold the contest six times since 2012. The concept of the atWare Awards is to challenge our developers’ skills and encourage sharing of internal knowledge with the outside.

Yamashita: Some works created through the atWare Awards end up being incorporated as company tools. Like the work Takenaga developed, I also created an information sharing tool, something like internal Qiita, at the 2004 atWare Awards. We use Nulab services as information sharing tools in the company, but I didn’t feel comfortable posting things unrelated to work on Backlog. That’s how I came up with the idea to develop a more casual communication tool where you can post things like event reports, skill notes, and recommended books. Right now a total of 508 posts have been made, and it’s frequently used for internal information sharing. 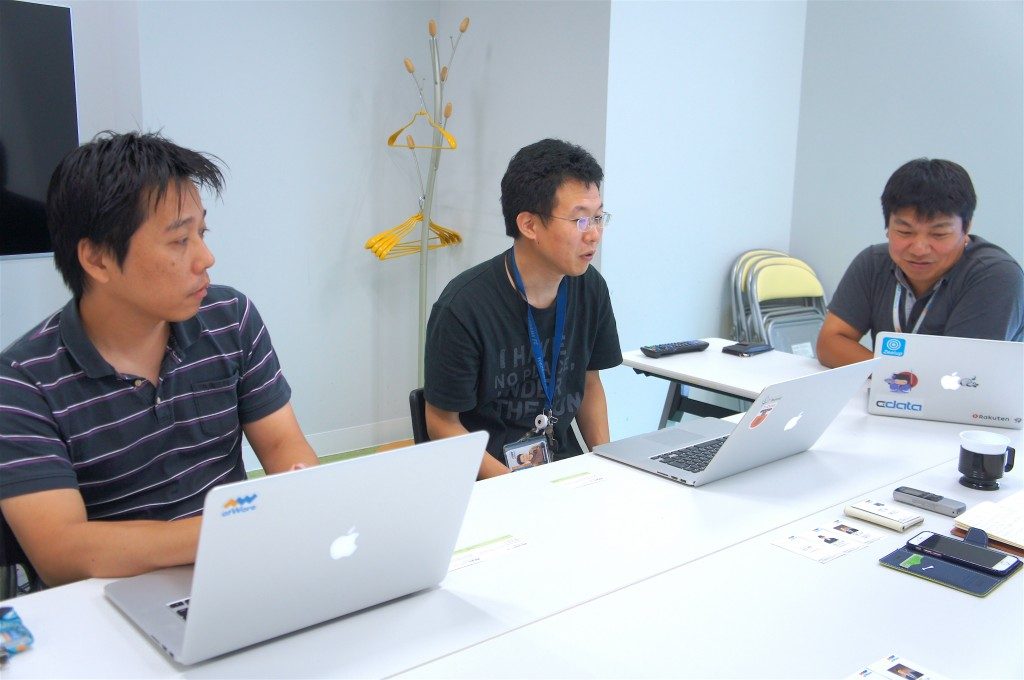 Are there any other cases where you use Nulab’s API?

Kitano: We adjusted air conditioners using a Typetalk bot that one member had built. The company air conditioners are managed by the building. They are turned off automatically at 7 pm, and if you want them on after that, you need to apply via a form on their website. You can only apply through one account, and that account is not shared among all company members. Using Typetalk’s API available on NulabDevelopers, the application form is now connected to Typetalk program, so anyone can apply easily. 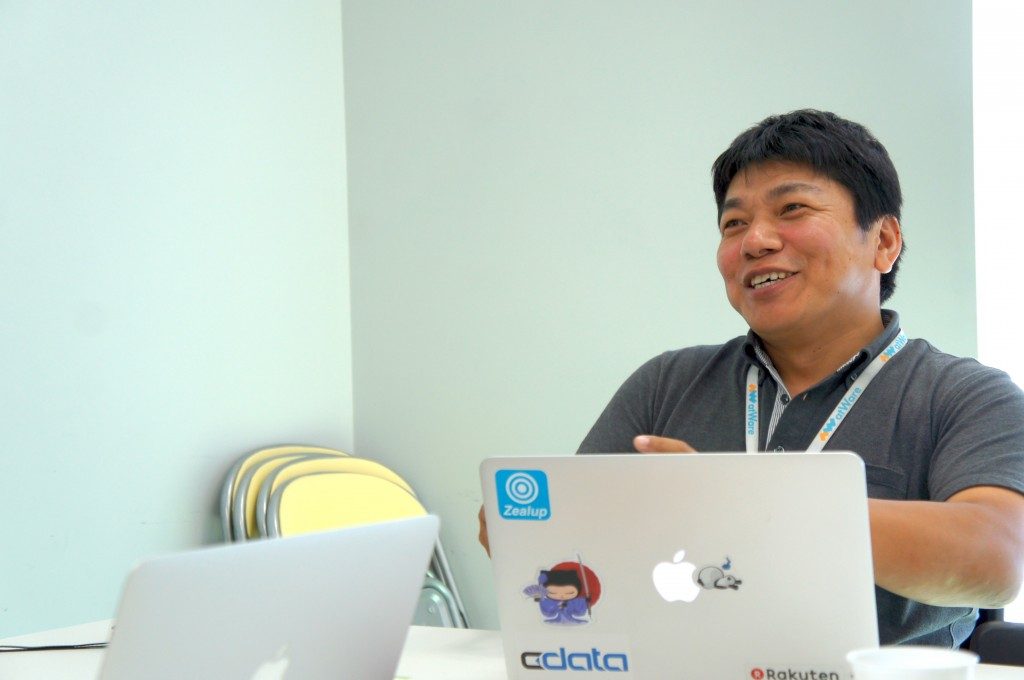 Kitano: You can apply by posting a message in the topic including words like ”air conditioner, for now, extend”. Just for fun we also used image recognition so you can apply by pasting an image that includes certain key words too. Additionally, we used Typetalk’s heart-shaped “like” button to adjust the length of extension according to the number of heart buttons pressed.

Any final thoughts or requests for future Nulab product features?

Takenaga: I like that the star button feature on Backlog can be used for specified words. We have used several tools for daily reports, but usually, you can only ”like” the whole post, so this is an advantage of writing daily reports on Backlog. In the future, if the API for specifying words is published, I’d like to create an extension that can send ”likes” to specified words. Also, it would be good to have a star function that sends a star automatically to emails that have been read on Gmail.

Asano: When Typetalk was initially launched, Nulabs development team visited our company to ask our opinions. At that time, we made several requests: two-factor authentication and other management functions for business, implementation of functions for embedding slide sharing tool and specifying page, and the UI for resizing on the left-side bar. When we first started using Typetalk, I felt functions were narrowed down, but they flexibly incorporated our feedback. I have more or less mastered basic usages, so now as the next step I’d like to try different applications.

Brandi Gratis is a member of Nulab, the creators of Backlog, Cacoo, and Typetalk.