2014 has been a wonderful year for Nulab. In February, we announced the official launch of Typetalk and Nulab Account during the first Nulab conference, NUCON, and the Cacoo team rocked CacooUp in Seoul. In May, we launched the official iOS app for Backlog, and in the June, Cacoo hits 70,000 users in Taiwan. In July, we launched the new website for developers and in September, the Backlog team launched the Vietnamese version of Backlog. Finally, in October, we announced our new office in New York City and celebrated our 10th anniversary after the general meeting in Fukuoka.

Since 2014 has been an eventful year for us, we have selected the top five news to share in more detail with everyone. 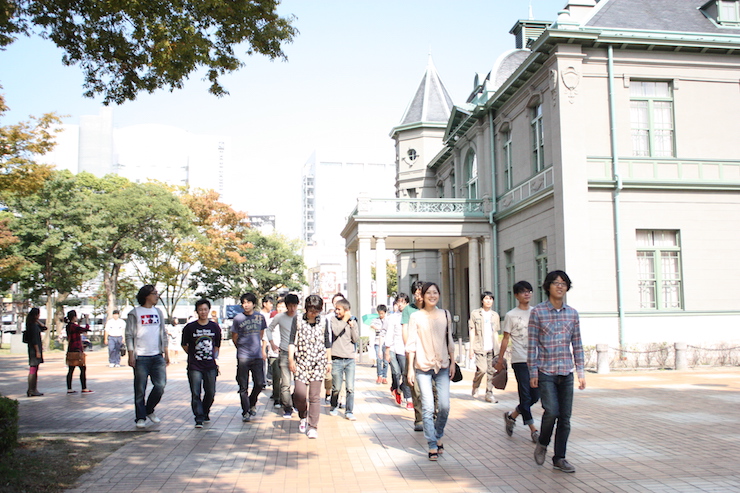 Each member of the Nulab team is called a “Nulaber”, a name coined by our digital designer, Siska, who joined us last year. This year, we were delighted to welcome eight new Nulabers in total. If you are keen to become a Nulaber, do check out our career page! 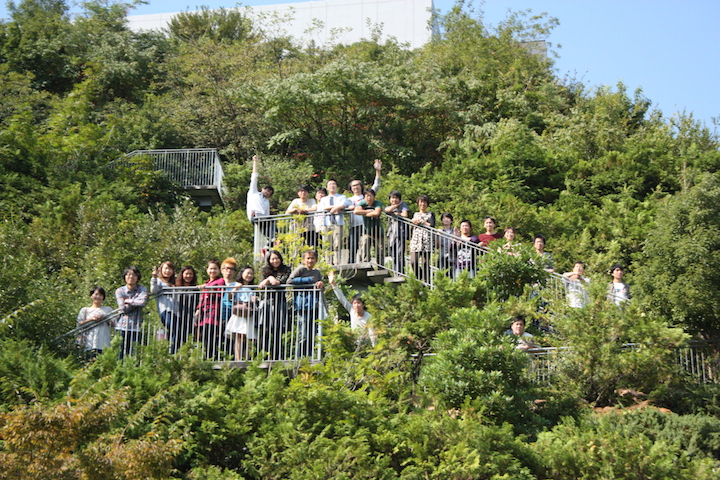 Yuh Kim is a software developer, working in the Backlog Team. Yuh was born and raised in Kyoto, Japan. He loves walking along the Kamogawa river and drinking beer. Occasionally, he would also do long-distance cycling. Additionally, he is overseeing the renovations of our new Kyoto office!

Madoka Kan is a support engineer, working in the Backlog Team. Madoka lives in Fukuoka city with his cat. His passion for relay racing traces back to high school where he participated in one and thoroughly enjoyed it.

Shigeru Ashikawa is a software developer, working in the Backlog Team. Shigeru was born in Hokkaido and is now based in Tokyo.

Sachie Inumaru is a software developer, working in the Backlog Team. Sachie moved to Fukuoka from Kawasaki, and is now in the Backlog development team. She loves spending time with her twin sons and knows their favorite TV shows by heart.

Taichiro Yoshida is a software developer, working in the Typetalk Team. Taichiro was born and raised in Nagasaki, and moved to Fukuoka when he joined Nulab. He loves creating software applications and often does a mental fist-pump if his work gets rewarded with a ★(Star) on the open-source community such as GitHub. He also likes listening to experimental music while he codes.

Thanh Le is a community manager. Thanh was born and raised in Ho Chi Minh, the largest city in Vietnam. She has 3 years of marketing experience in the IT and hospitality industry. She loves traveling, cooking, eating and taking pictures of delicious food. She loves every moment of her life because she believes that everything happens for a good reason, and becoming a Nulaber is one of it.

Lu Kan Han is a software developer. He was born and raised in Taipei, Taiwan. He has more than 5 years of experience working with Android and other operating systems and has now joined the Cacoo team to pursue bigger dreams. “Work hard, play harder” has always been his motto throughout his life, as well as “Be the change you want to see in the world”.

In October, we announced our new office in New York City to expand our services worldwide. 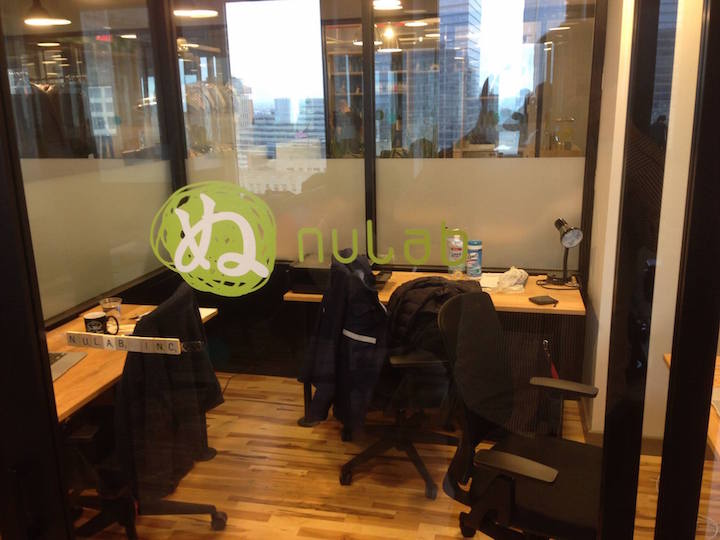 We are renting our office in WeWork which is a co-working space. Now, two people, including our co-founder and CMO Shinsuke, are working there.

We do not plan to just stop at New York. We hope to also be able to create Nulab offices in South America and Europe some day to better serve our users in those regions. We aim not just to provide collaboration tools, but also to collaborate with our users from all over the world through them.

In December last year, Tsuyoshi Yoshizawa, product owner of Typetalk, came back from Singapore to Tokyo. Then, he and the Typetalk team announced the public launch of Typetalk. On February 4 at NUCON in Tokyo, Typetalk was officially out of the Beta version. 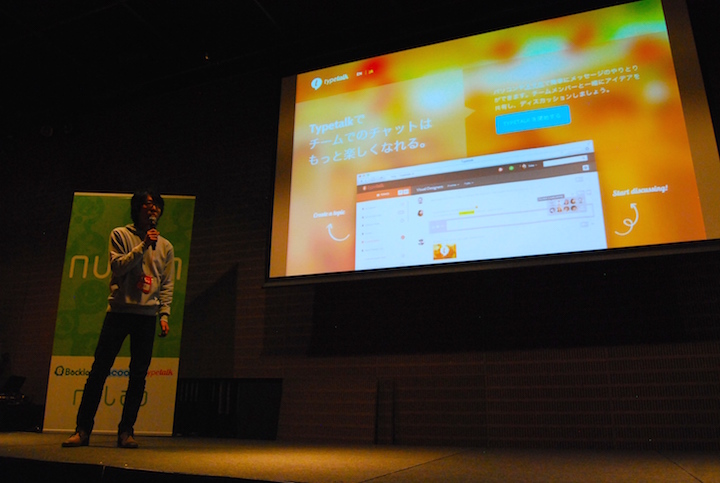 Our tech evangelist Takashi Someda supported the Typetalk hackathon in Japan where participating developers hacked Typetalk API and pushed the source codes to GitHub. The developer community greatly contributes to the growth of Typetalk.

There are currently plans to introduce a premium version of Typetalk that brings even better features to team discussions on Typetalk.

This year, we celebrated Nulab’s 10th anniversary at our conference and party after a day of our general meeting. The conference was started off with music by Dirty Nu, Nulab’s very own home-grown band. It was a great opening act to start off our exciting conference at which we shared our experiences throughout the last ten years with attendees. After the conference, we held Nulab Night, Nulab’s yearly evening party, which had over 150 attendees including our families, friends, business partners, people from the Fukuoka government, and others from related the information technology industry. It was extremely delightful to have everyone join us for the celebration. 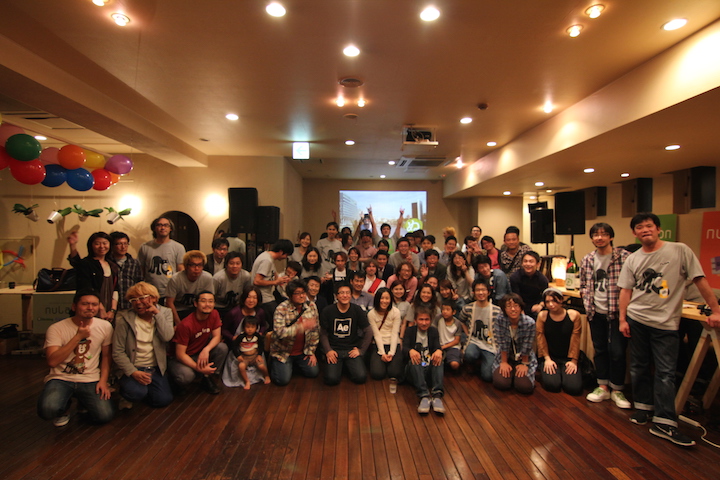 Group photo with attendees at end of Nulab Night

This is the video for the website of the 10th anniversary, which is created from some videos taken and made by Nulabers who lives in Fukuoka, Tokyo, Kyoto, Vietnam, Taiwan, Singapore and Indonesia. The music in the video is composed and played by our CTO’s very own band, Ponurock.

On 4 February, we had our very own conference called NUCON in Tokyo. We shared new information; CEO Masanori Hashimoto (yours truly) introduced updates of Backlog and Cacoo; Tsuyoshi Yoshizawa announced the public release of Typetalk; Our CTO Toshitaka Agata announced the Nulab Account, which is a single sign-on service for Nulab services; Nulabers shared about technical news that concerned our services. Keynote at NUCON in Tokyo

The conference was huge success with over 300 attendees. You can see the photos on our Facebook page. After NUCON in Tokyo, we held the same event in Taipei, Taiwan on 19 February, which was led by our Taiwan community manager, Lillian.

In the coming year, Nulab Inc. will be preparing even more surprises and improvements for our users and supporters.

Meanwhile, we wish everyone happy holidays and a happy new year! Drinking party on a boat