In this series, we discuss The Seven Barriers of Communication. This post is dedicated to perceptual barriers. Stay tuned as we discuss each.

Some communication barriers are obvious, like physical obstacles and language differences. Others, like how we carry ourselves and interpret others, can be much harder to detect. Perceptual barriers to communication are more difficult to recognize and decode precisely because they occur internally. In many cases, we don’t even realize we’re creating them.

What are perceptual barriers to communication?

Unfortunately, human beings aren’t objective observers walking around the world with the ability to extract the “true” nature of one another. How we perceive and interact with the world is greatly shaped by our economic and social status, the culture we grew up in, our level of education, etc.

Perceptual barriers are internal biases that influence how we perceive other people, ideas, or events. Tapping into preconceived notions is how we interpret situations quickly and make fast decisions. However, healthy communication becomes difficult when we develop a mental block and reject new information.

Based on our environments and years of reinforcement, our understanding of the world and how we act form. This social, cultural, and environmental development is often called “conditioning.”

Conditioning can lead us to make assumptions, form stereotypes, or misunderstand others whose life experiences differ from our own. While bringing together diverse worldviews in the workplace helps inspire creativity and innovation, it can also create communication issues when we mistake our individual expressions for universal truths.

There are two basic types of perceptual barriers:

Let’s walk through a quick example of how these barriers can play out:

Andy has a new idea for a marketing campaign he’s excited about. He needs his teammate Beth’s design skills to develop a formal presentation for his boss. However, Andy recently heard Beth criticize a similar campaign by another company.

As he approaches Beth to share his idea and ask for help, Andy has already convinced himself that she won’t like the campaign. Consequently, he uses defensive language and body gestures. As he tries to explain why his idea is so great and her previous criticism of a similar campaign was wrong, she interprets his bid for help as arrogance and feels belittled.

Even though Beth likes the campaign idea, she would rather not work with someone who speaks down to her. She says she’s too busy and suggests Andy ask another designer for help. Ultimately, the project suffers because Beth is the agency’s best designer, and Andy’s boss rejects the idea.

We can subconsciously sabotage ourselves when we assume people won’t understand or agree with us based on our (often false) ideas about their background, personal tastes, or perceived interests.

Perceptual barriers pose a great threat to team collaboration. They can quickly become ingrained in a company culture if you don’t actively combat them. Why? When someone forms a negative opinion after an interaction, they often develop and express other ideas from the same perspective.

Individuals who have influence in the workplace can then spread their biases to others. If enough people share a perceptual barrier, they may unfairly target and alienate other groups of people. Consider the following example.

Audrey is a newly promoted young manager who is nervous about taking the lead. She assumes that co-workers may not take her seriously due to her age. To avoid seeming unprepared, Audrey plans to outline all her expectations and goals for an upcoming project in a team meeting.

Natalie is a middle-aged worker who now reports to Audrey. Natalie has a work style that seemingly conflicts with the goals Audrey is setting, and she’s worried she won’t be able to maintain the same level of productivity. Fearful of expressing her true concerns, Natalie criticizes Audrey’s plans as unrealistic and refuses to go along with them.

Since Audrey already thought her age would be a deterrent, she believes Natalie doesn’t respect her authority. Audrey assumes all older workers will feel the same way and begins complaining about them to others. As a manager, her words carry weight. Her dismissiveness toward older workers encourages others to do the same.

While direct communication could have resolved this issue, both parties made decisions based on insecurities and assumptions. Not only do we need to avoid relying on perceptual filters. When we encounter these biases in our peers, it’s equally important to discourage them from holding onto harmful negative opinions.

In the workplace, it’s important to address perceptual barriers to facilitate greater team collaboration. Here are a few things you can do:

1. Challenge your own assumptions

We all form beliefs about one another, and it would be impossible to walk around the office approaching each person as an entirely blank slate every day. However, you should never leave those beliefs and assumptions unchecked.

Try not to assume that your reasoning for feeling one way is correct (even if it has been before). Instead, examine how someone else could interpret behavior and situations around you from another point of view.

The nonverbal aspects of your interactions with others (such as posture, eye contact, and body stance) can communicate a lot about how confident, interested, or engaged you are in a conversation or topic.

Because body language can be easily influenced by stress or tiredness, it’s important that you stay in tune with how your physical behaviors could be misinterpreted. Practice positive body language when communicating with others to ensure that you aren’t unintentionally disrespecting those around you or sending the wrong message.

3. Be honest, transparent, and tactful

How often do you respond poorly to stressful situations because you’re wary of expressing your concerns? Defensive behavior is typical when someone is afraid of seeming weak, foolish, or unknowledgeable. Avoid lashing out at others when you don’t have the answers.

Ask questions to clarify things you don’t understand. Make it clear that you aren’t criticizing the other person’s perspective and simply want more information. One tactic is to use language that focuses on your perception instead of the other person’s actions. Rather than saying, “you don’t make sense,” consider something like: “I’m having trouble getting this. It would be helpful if you could explain it another way.”

The best thing you can do to improve communication is to recognize your sources of bias. Take time to reflect on past misunderstandings, so you can think about what to do differently in the future. Ask yourself whether you consistently misjudge certain situations or people based on your background or values. Moving forward, keep these realizations in mind when facing a potential trigger.

Something as simple as the volume of someone’s voice, the stance of their body, or the expression on their face can drastically change how other people perceive their message, regardless of the communicator’s intent. Similarly, how someone grew up or how they were raised can change how they interpret a joke or generalization, regardless of intent.

When team members interact regularly, they’re more likely to have a clear grasp of someone else’s perspective. And in time, they’ll get better at interpreting the true (and often harmless) intentions behind verbal and non-verbal cues. One way to strengthen communication is to provide team chat software, whether you work in person or remotely.

Chat apps can accommodate different types of communicators. For instance, people who prefer written communication may have an easier time expressing their thoughts. And team members who enjoy frequent interaction can stay connected through various chat topics even when working in different departments or geographic locations.

Above all, we must empathize by understanding how others could view things differently than we do. We all walk around daily with beliefs and opinions contradicting those around us. By breaking down and questioning our assumptions, we can bridge the communication gaps arising from our perceptual differences. 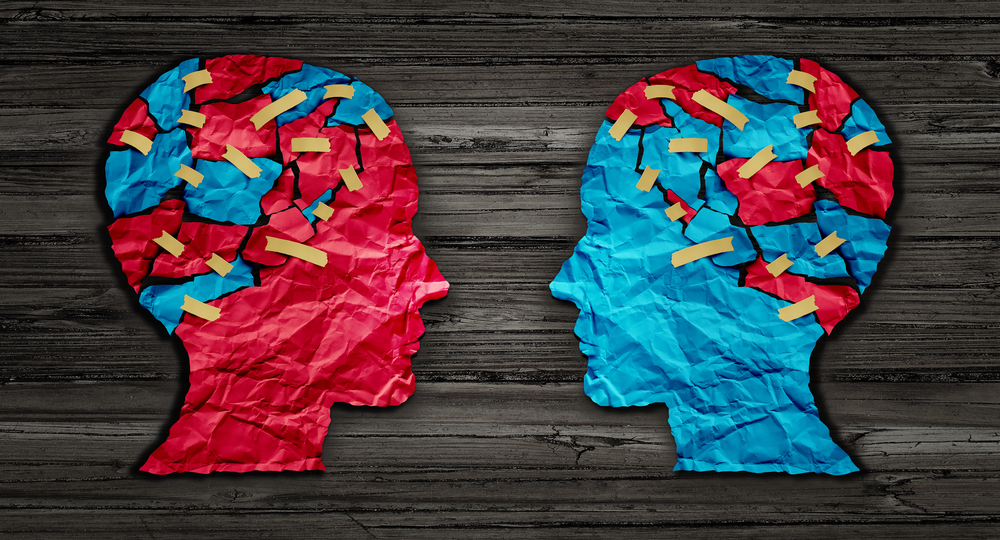