In the days before continuous integration (CI), developers worked on code separately before bringing it all together in the final build. With this approach, the chance of error is high. Waiting long periods to integrate large amounts of code means that if something is amiss, it’s a real headache to weed the problem out.

There’s also a considerable communication burden on everyone as the project grows. Bigger jobs require more engineers, developers, and project owners to be sensitive to each other’s schedules. It also demands a great deal of synchronization, which, let’s face it, is an organizational nightmare.

What is continuous integration?

Continuous integration is the first stage in the automated software release pipeline. It’s followed by continuous delivery and then, finally, continuous deployment. It takes its lead from other agile software development best practices, including build automation, version control, and automated deployments.

With continuous integration, code merges in a central repository. Once it’s all in there, the team can run automated builds and tests at the click of a button.

Having this level of automation means the developers have more time to work on other things. Meanwhile, the fact that a machine creates the code lowers the chance of human error. In a nutshell, it helps developers work faster, improves code quality, and shortens the time between new releases.

What is continuous integration in Agile?

Agile refers to all and any kind of software development approach that involves iterative development. In other words, solutions are reached gradually through teams that work together and self-organize.

As you’ve probably worked out, continuous integration fits this description. The project manager will create a list of tasks that are shared with the developers responsible for completing them.

Continuous integration allows developers to work on groups of tasks both independently and in parallel. Once the developer completes a task, they are responsible for feeding it into the CI system, where it will integrate with the rest of the build project.

What are the advantages of continuous integration?

CI benefits the whole organization, as well as the customer. Teams work more collaboratively and transparently, which means projects can move faster and with a higher degree of certainty.

How to pick continuous integration tools for your team

Some of the most popular continuous integration include GitLab, SVN, and Jenkins. Whichever your team chooses, you’ll benefit from being able to track and review your code for better releases – so be sure to choose an issue tracking software that supports your choice.

Next, consider whether you want a CI tool that is on-site or cloud-based. If you choose the former, your security and privacy will be better, but you’ll be responsible for managing the infrastructure yourself. If you select something cloud-based, the hosting company will take care of support and scaling, meaning you and your team can focus on other business needs. This is especially useful for smaller organizations working with a more modest budget.

If you work with a multi-developer team, then CI is a must. It’ll speed up deployments, reduce the risk of code errors, and foster greater levels of communication between your team and the rest of the organization.

To really get aligned, consider integrating your CI tools with project management software. Developers can log in and track their work, pull tasks through, and receive automatic notifications from their colleagues.

If you’re on the lookout for software that does all that and more, Backlog integrates fully with Git and SVN, giving your team the ability to set up private repositories, propose and compare code changes, and leave in-line comments. All the while, managers can access progress reports that give that all-important view into your team (and organization’s) performance. 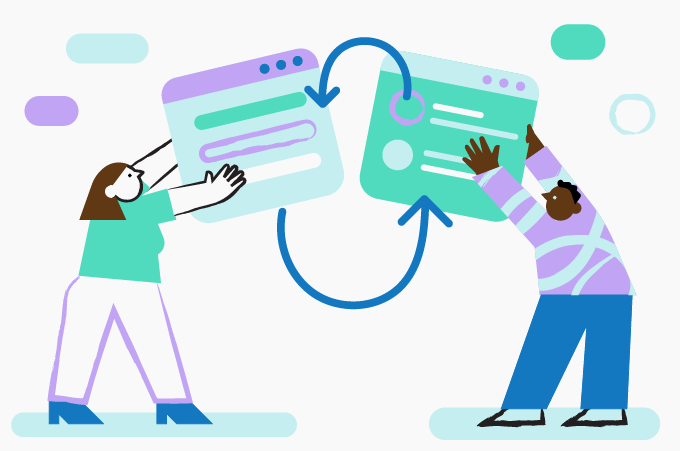 What is continuous delivery, and how can it help you?