Brainstorming sessions and spider diagrams are great options for sparking ideas, but they’re not without their limitations. The former can be chaotic, and not everyone works well thinking as part of a group; whereas the latter occasionally lacks focus and can be too superficial. Luckily, there’s a third option. Introducing the lotus blossom technique, your new favorite creativity hack.

Crack the creativity code with a lotus blossom map

Wouldn’t it be nice if we could summon up amazing ideas on cue? Even for the most imaginative among us, coming up with the right ideas can be tricky. The worst part? Stress puts a damper on creativity, so the more you worry about coming up with ideas, the less likely you are to have that lightbulb moment.

Most of us have had to solve a problem at work — whether that’s figuring out a schedule, planning budgets, or working out who stole your lunch. And most, if not all, of us have had moments where we’ve drawn a blank under pressure. This is where ideation techniques come in handy. They kick-start the thinking process and provide a framework that structures your thoughts.

What is a lotus blossom diagram?

The lotus blossom method is a brainstorming technique that involves building ideas around a central theme and then breaking them down into deeper sub-themes. The lotus diagram, also known as a map, consists of nine 3×3-square grids. Yasuo Matsumura developed this methodology while working as director of Clover Management Research in Japan.

A lotus blossom diagram challenges you to systematically explore one idea before moving on to the next. It’s creative yet thorough. Free yet structured. Ready to get started? Let’s dive in.

How does the lotus blossom technique work?

First, decide who you’ll be working with. You can do it alone or in a small group. According to researchers, you should have no more than five people in each group. So, if you need more individuals in this discussion, split off into teams.

Next, create a 3×3 grid, either on paper or digitally via a collaborative diagramming tool.

In the center square, write your problem. In the surrounding eight boxes, write an idea related to the problem. Don’t elaborate at this stage. As with mind maps, you just want to get your thoughts down. Being critical will only limit your creativity.

Tip: There’s no such thing as a bad idea. Even something seemingly unrelated or far-fetched can spark an innovative thought.

Once you have your eight ideas, it’s time to flesh them out. Or, to use the lotus flower imagery — add another row of petals. But instead of adding another layer around your existing eight boxes, we take each idea and make that the center of its very own lotus flower. Then, we’re going to repeat the process all over again.

Once all your boxes are filled in, you have a grand total of 64 ideas for that one single problem. Pretty impressive, right?

Tip: If you have more than eight ideas for one flower (we’re calling each grid a flower), then see if you can combine or merge ideas — or feel free to add another level of squares (or petals). You don’t need to do this across the board, but if there’s one particular area that’s sparking loads of thought, don’t limit yourself.

By now, you should have 64 ideas — maybe more. So, what do you do with them all?

You need to sort through your list. If you’ve worked on paper but want to store all this information digitally, then now is the time to do that.

If you want to stay working on paper, you’ll need to gather everyone together and spread the ideas out so everyone can see them. It might be easier to stick everything up on a board, so you don’t lose bits, and take photos on your phone to refer to when you’re back at your desk.

Once you’re ready to start, go back to your central problem so that when you assess each idea, it’s at the front of your mind. As you go through the list, ask yourself and the team the following:

Start on the outside layer and work your way in. If an idea gets three ticks next to it, then keep it. If it doesn’t, but you like the idea, see if you can reshape it, so it does answer all of the above. If not, then chuck it. Be ruthless.

Once you have your list of approved ideas, you need to filter them down even further. This is where things become a little trickier (and subjective).

Chances are, not everyone will pick the same three, so take your list of favorites and filter it further according to priority. You could use a SWOT analysis to assess the pros and cons of each solution, which should help you narrow it down until you have a winning idea.

Then, as a final check, refer back to those three questions above (does it align with the problem, project, and business) and make sure the answer is a resounding ‘yes.’

Reuse your diagram for future ideas

So, you still have loads of potentially amazing ideas you didn’t use. It’d be a shame to chuck them in the trash.

Take photos or type everything up into a list if you’re working on paper. If you’re using diagramming software, save your work in a shared folder and refer back to the original version in the future.

Solving problems is an iterative process, and you may discover a little later on that you need a fresh approach. Luckily, you’ve already done the hard work, so you can delve back into the lotus blossoms for inspiration.

As you explore this technique, it’s important to avoid limiting yourself in ways that hinder ideation. It’s also beneficial to have a plan in place for how you intend to weigh the value of each idea. When using the lotus blossom for business, many factors affect your ability to move forward with a specific idea. Keeping all of this in mind, we’d like to offer some advice on how to make the most of the process.

Lotus blossom brainstorming is traditionally done on paper. But paper is messy, bits get lost, and editing is harder. Using a cloud-based diagramming tool makes this whole process more organized.

The good thing about having a digital version is you can easily update it, save different versions, and share it with everyone. You can also annotate it and ask team members to hop in and simultaneously leave comments from wherever they are — whether that’s the other end of the room or a different continent. And when it comes to creativity, the more flexible, collaborative, and inclusive you can be, the better.

Track your work in Cacoo with ‘Version History’ 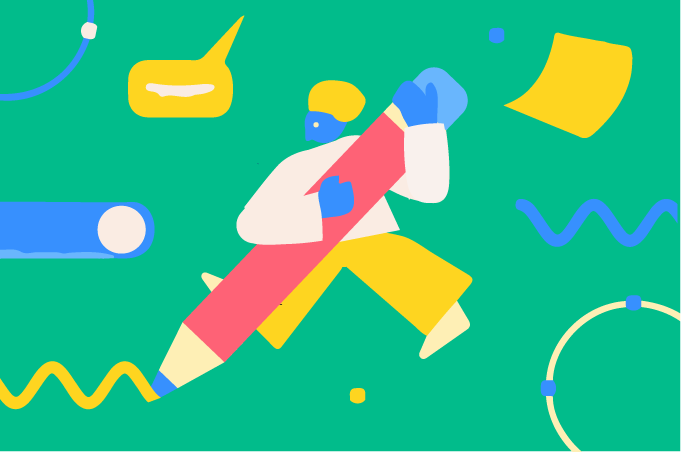 Power up your team with a design thinking workshop. Here’s how