You’ve probably heard of a project post-mortem. For those unacquainted with the term, it’s a meeting where the team discusses how a project went, including what went wrong and how everyone can learn from the experience. While a post-mortem is important, it’s not enough. In order to improve your chances of success, you also need to perform a project premortem.

A premortem is similar to a post-mortem, but it takes place before a project has started. The point of a premortem is to identify potential problems and risks and mitigate them before they become an issue (or figure out a good plan for damage control if they do). The goal? To keep your project on track and prevent costly disasters.

What is a premortem?

A premortem meeting is a pre-project exercise that involves visualizing a project failure and evaluating how to solve the issues. The goal of a premortem is to identify potential problems and mitigate them. Here’s how it works…

The team gathers together and imagines their project has failed. Next, they analyze related factors and work backward to determine what might have caused the failure. This exercise helps to prevent similar problems from happening in a real project.

The project manager then gathers the premortem findings, prioritizes them in a risk breakdown structure, and creates a mitigation plan.

What’s the difference between a premortem and a risk assessment?

A premortem occurs before the project and is focused on identifying and mitigating potential problems before they become an issue. A risk assessment (or risk register), on the other hand, typically occurs after a project begins and focuses on identifying risks that could impact the project outcome.

What’s the difference between a premortem and a post-mortem?

A premortem is focused on identifying potential problems and mitigating them before they become an issue. A post-mortem is typically conducted after a project to help the team learn from the experience, and it focuses on both strong points and setbacks in the process.

Why is a premortem important?

A premortem is important because it helps you to design better projects. By envisioning how a failed project could play out, your team gains insight into which factors they should monitor more closely. It also helps you come to a consensus on how to organize the project, which improves communication and cooperation among team members.

When a project is in its early stages, it’s easy to become overconfident and overlook sources of risk, potential delays, or resource conflicts. A premortem can help your team get an accurate picture of your project’s chance of success, so you can make adjustments as early as possible.

Using this preparation tool can save time, money, and resources. Not to mention, you’ll avoid a potentially disastrous project failure.

To summarize, here are the key benefits of a premortem:

Who should attend a premortem meeting?

To conduct a project premortem, you’ll need to gather a group of people who are familiar with the project. This group will typically include the project manager, team members, and stakeholders. However, it’s not limited to just these individuals. Feel free to invite anyone who might be affected by the project.

The group will then brainstorm potential risks and problems that could occur during the project. Be as thorough as possible to ensure no stone is left unturned.

Top tip: just like a post-mortem meeting, a premortem meeting should stay light and positive. Keep the focus on how to solve or prevent problems, not on who is to blame.

How do I conduct a premortem meeting?

Now sure where to start? Allow us to guide you.

As with any team-based endeavor, preparation is key. Before you hold the meeting, make sure everyone involved is familiar with the project and understands the most critical problems that could occur. You’ll also want to get everyone on the same page regarding the meeting’s goal and objectives.

A formal project plan document is handy here. You can use this document as a reference during the premortem meeting. Typically, it contains the following elements:

You’ll also want to have the right tools available. If your team is remote, consider using a video conferencing tool like Skype or Google Hangouts, plus a chat app like Typetalk so that people can ping quick text messages, pics, or files to each other during the meeting.

For the prep portion, consider virtual whiteboards for sharing ideas in real-time. If your team is in person, you’ll want a meeting room with a whiteboard, along with drinks and snacks to keep everyone comfy and well-fed.

Next, you need to brainstorm some answers. When conducting a premortem meeting, ask plenty of questions. Here are some for starters:

Remember, there’s no such thing as a bad idea when it comes to brainstorming. The goal is to come up with as many potential problems as possible. Tell your team they can be as imaginative as they like.

Next, it’s time to look at why your team chose specific failure routes. Each team member should share their ideas, and then the team can vote on which failures they think are the most likely to occur. Give everyone a chance to speak. After all, each person will have unique insight that could help the whole group determine where the project might be most at risk.

4. Prioritize and rank your risks

Not every conceived risk is likely to happen. And some will have more of an impact than others. In order to make sure you’re focusing on the right risks, it’s important to prioritize and rank them. You can use a simple scale, such as high, medium, and low, or give them a numerical ranking.

Once you know the risks, it’s time to develop solutions for managing these issues. A mitigation plan is essentially a list of steps you can take to prevent or reduce the impact of a particular risk. Ideally, you should have an individual mitigation plan tailored to each issue you identified.

After the meeting, it’s essential to follow up on the generated action items. This includes creating a plan for how to address each problem and assigning somebody to be responsible for each task.

It’s also a good idea to evaluate your meeting. This is where you determine whether or not the meeting was successful. If you’re not sure how to measure a meeting’s effectiveness, consider the following factors:

If the answer to all these questions is yes, you can consider your meeting a success. If not, don’t worry — bad meetings happen, and there’s always room for improvement. You can always hold another meeting to further hone your team’s skills.

How project management software can help you run a premortem

So, there you have it — a basic guide to conducting a project premortem. By taking the time to identify potential problems and their consequences, you’ll be in a much better position to deal with issues when they do arise.

Premortem meetings typically result in a lot of data being generated. With a project management tool like Backlog, you can easily track and manage this data and share it with other stakeholders. Staying organized and having a consistent way to communicate new developments keeps everyone informed, helping them perform their own roles well.

Meanwhile, Gantt charts, Kanban boards, and task lists can be created, populated with premortem data, and shared with the team post-meeting. That way, everyone is aware of the potential risks, and you have a process in place to create tasks and manage how they’re addressed.

It’s also a good idea to revisit the premortem document on a regular basis to ensure you’re keeping a close eye on problems as they come up. Having this data readily available in a PM tool makes it easy to do just that. 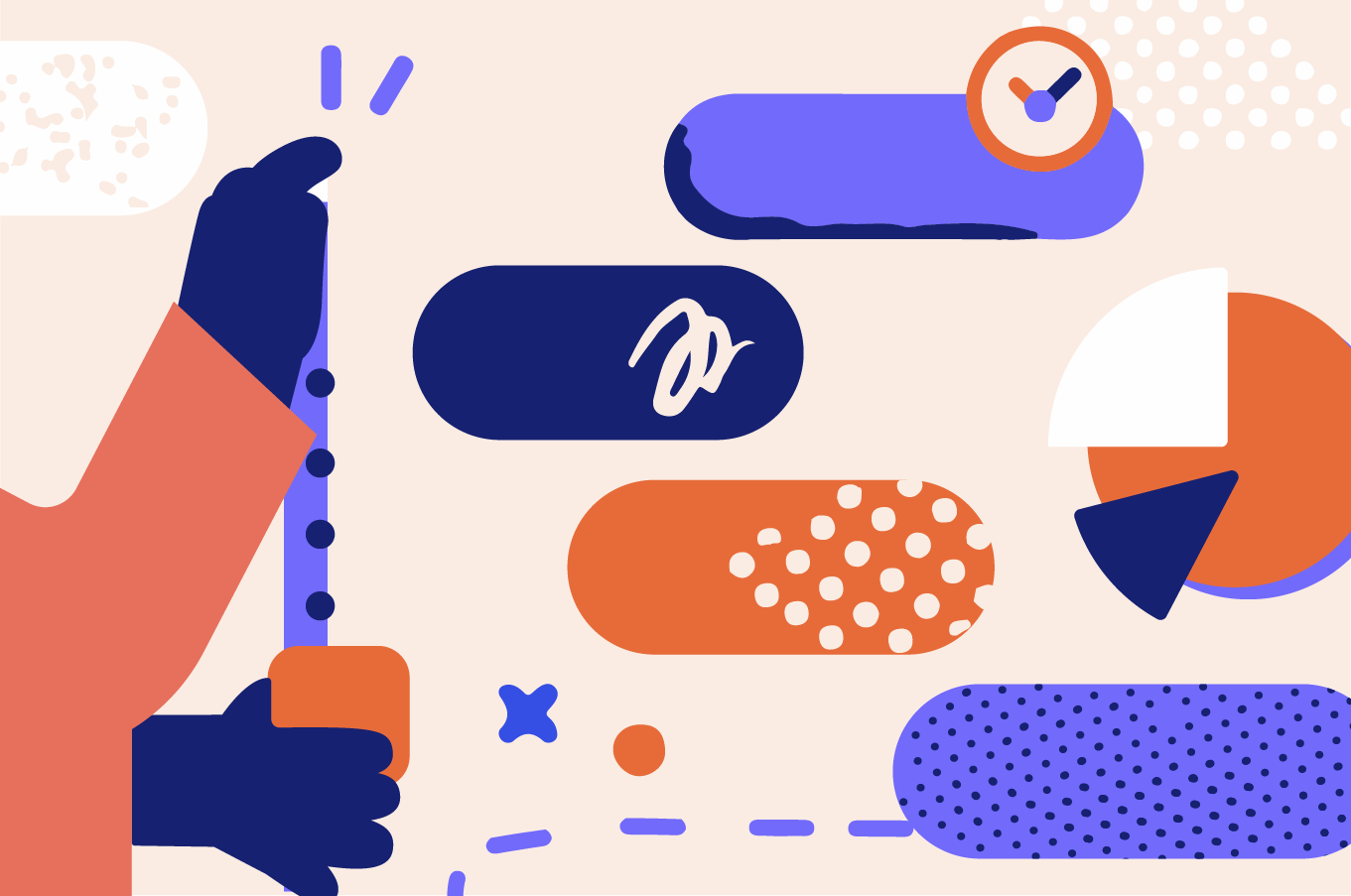 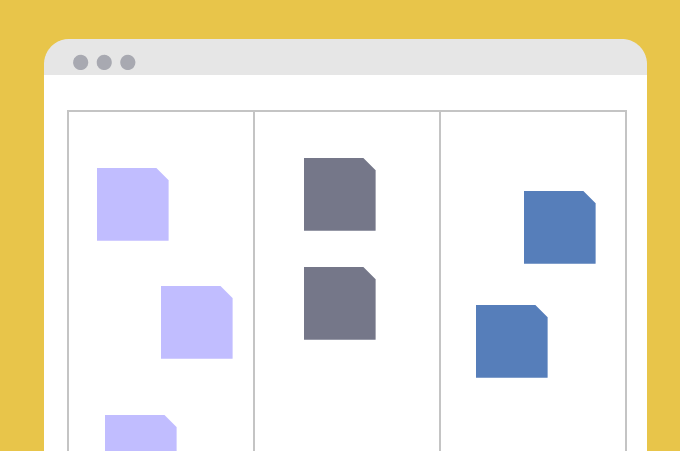