Product AB testing is like trying different recipes in your kitchen. You might have an old favorite that works like a charm, but it’s fun to try something new once in a while. Maybe, you’ll end up liking the new recipe better, or you’ll decide your old standby is still your favorite. Either way, trying different things is always beneficial. You either discover something new or confirm you were doing it right all along — and that’s a confidence booster.

When it comes to websites and apps, the same rule holds true — except the stakes are higher. If your website isn’t performing as well as it could, you won’t convert visitors into customers, and you’ll lose out on potential revenue.

A/B testing is a powerful tool that can help you optimize products and make better decisions about your product roadmap. By trying different variations of your website or app, you’ll see which one leads to the most conversions. Simply put, A/B testing ensures your website or app is doing its job.

In this guide, we’ll cover the basics of A/B testing in product management, lead you through your first experiment, and finish with some essential tips for running successful tests.

What is product AB testing?

Product AB testing, or A/B testing, is a method of experimentation where you compare two or more variants of a product to see which performs better. Typically, one variant is the control (the current version of the product), and the others are called treatments (the new versions you want to test).

To run an A/B test, you first need to identify a metric you want to optimize, such as conversion rate, click-through rate, or time on site. Once you select a metric(s), you need to create two or more variants of your product and deploy each of them to a subset of your users.

During the test, you’ll need to collect data and analyze the results to see which variant performed better. If the treatment outperforms the control, you can then roll it out to all users.

Although this isn’t an exhaustive list, A/B testing is useful for:

Four types of A/B testing you need to know

Broadly speaking, there are four main types of product A/B testing. Product management involves knowing how to run each type and what each one achieves.

Feature testing involves evaluating new features before they’re built. Also known as pre-launch testing, this is typically used to validate hypotheses and gather data about how users will interact with a new feature.

Live testing involves evaluating different versions of a product that are already live with the goal of optimizing them.

Also known as redirection tests, trapdoors test different versions of a product before it’s live. When a user arrives on the page, they’re redirected to a different version depending on which variant they were supposed to see.

A/B is a form of split testing, where half of your traffic goes to one variant and the other half to another variant. This comes with a downside: a big chunk of your traffic is routed to a losing variant, which reduces sales/conversions.

Multi-armed bandit tests use machine learning to adapt based on data gathered during the test, directing visitors toward the better-performing variant. Variants that aren’t performing so well get less traffic over time.

“Some like to call it earning while learning. You need to both learn in order to figure out what works and what doesn’t; but to earn, you take advantage of what you have learned. This is what I really like about the Bandit way of looking at the problem. It highlights that collecting data has a real cost, in terms of opportunities lost,” says Matt Gershoff, speaking to cxl.com.

Essentially, it boosts conversions while the test is in progress. The downside to MABs is that statistical certainty takes second place to conversions.

The benefit of multivariate testing is that it can show you which elements on one page play the biggest role in helping you achieve that page’s objective.

What is user testing?

User testing is an evaluation technique that involves observing users interacting with your product and collecting feedback about their experiences. User testing helps you validate design changes, assess a product’s usability, and gather qualitative data about user behavior.

There are two main types of user testing

User testing is an important form of product research that can help you gather data you can’t necessarily get from A/B tests or analytics. However, you shouldn’t treat it as a replacement for product A/B testing. Instead, think of user testing as complementary.

Why is A/B testing important for product managers?

A/B testing helps you test your assumptions about how users will interact with your product. It also provides data that helps you make decisions about which product changes you need to implement (and which you shouldn’t). Product managers need a strong understanding of how to design and implement A/B tests, as well as how to interpret the results.

What are some common mistakes product managers make with A/B testing?

How to get started with product A/B testing

Here’s a general step-by-step guide for product managers. And once we’ve gone through a general overview, we’ll share some examples and tips.

You can’t run a successful test without establishing goalposts or metrics for success. What do you hope to learn from the A/B test? Develop a hypothesis, such as, ‘I think variant B will result in more conversions than variant A.’ Then,make sure your team is aligned on the goal of the test, what success looks like, and how to measure performance.

Product managers might have a variety of goals when it comes to A/B testing, including (but not limited to):

Which metric will you use to measure the success of your A/B test? There are several to choose from, depending on your product goals.

Some common metrics include (but are not limited to):

What do you think will happen as a result of the A/B test? You’ll need to make a prediction about which variant is more likely to be successful.

Base the hypothesis on your goals for the test. For example, if you’re trying to increase user engagement, you might hypothesize that Variant A will result in more engaged users than Variant B.

Now it’s time to decide on the specific changes you want to test and how you want to measure the results.

Some common things to consider when designing an A/B test include:

It’s time to roll! Once you design your test, it’s time to run it, implement the changes you want to evaluate, and track the results.

Using the metrics you’ve chosen, assess the outcome of your tests and how it relates to your hypothesis. You’ll need to compare the two (or more) variants to see if there’s a statistically significant difference.

There are a variety of statistical methods you can use to analyze the results of an A/B test, but here are two popular options.

After analyzing the A/B test rests, it’s time to decide whether or not to implement the change based on your findings. If the results are statistically significant, you can feel confident that the change is beneficial and move forward with implementing it.

If the results are inconclusive or insignificant, you’ll have to decide whether to continue running the test. Further evaluation may help determine if you should try a different variant or stick with your current design.

Here are some illustrations of A/B testing in action.

Example 1: a product manager testing a new feature before building

As a product manager, you want to increase user engagement on your site. You hypothesize that adding a new feature will result in more engaged users.

You run the test for a month. After analyzing the data, you find a statistically significant difference between the two groups in time on site. The treatment group (Variant B) spends more time on the site than the control group (Variant A). Based on the results of the test, you decide to go ahead and implement the new feature.

Example 2: a product manager A/B testing a change to the product pricing

You run the test for two weeks and find no statistically significant difference in sales between the two groups. Based on the test results, you decide not to implement the price change. You also make a note to revisit the test in six months, when economic conditions may be different.

You want to increase conversion rates on your site and hypothesize that updated copy will result in more conversions.

You run the test for one month and find that the treatment group (Variant B) has a significantly higher conversion rate than the control group (Variant A). The results are a clear sign the new copy is better at converting customers.

Here are some tips to help you get the most out of your test:

Letting conversions slide is like filling a leaky bucket with water. Why spend all that time, energy, and money on marketing only to have those customers leave as soon as they hit your website or app?

Continuous optimization via A/B testing give you a higher chance of converting new customers and building loyal with existing ones, because you have a product they like. It also helps you keep pace with the competition.

If you have a large audience and low conversions, and you want to boost sales, A/B testing is a good place to start. Through testing, you can create the best version of your product and channel more resources into attracting new customers to a product they’ll love. 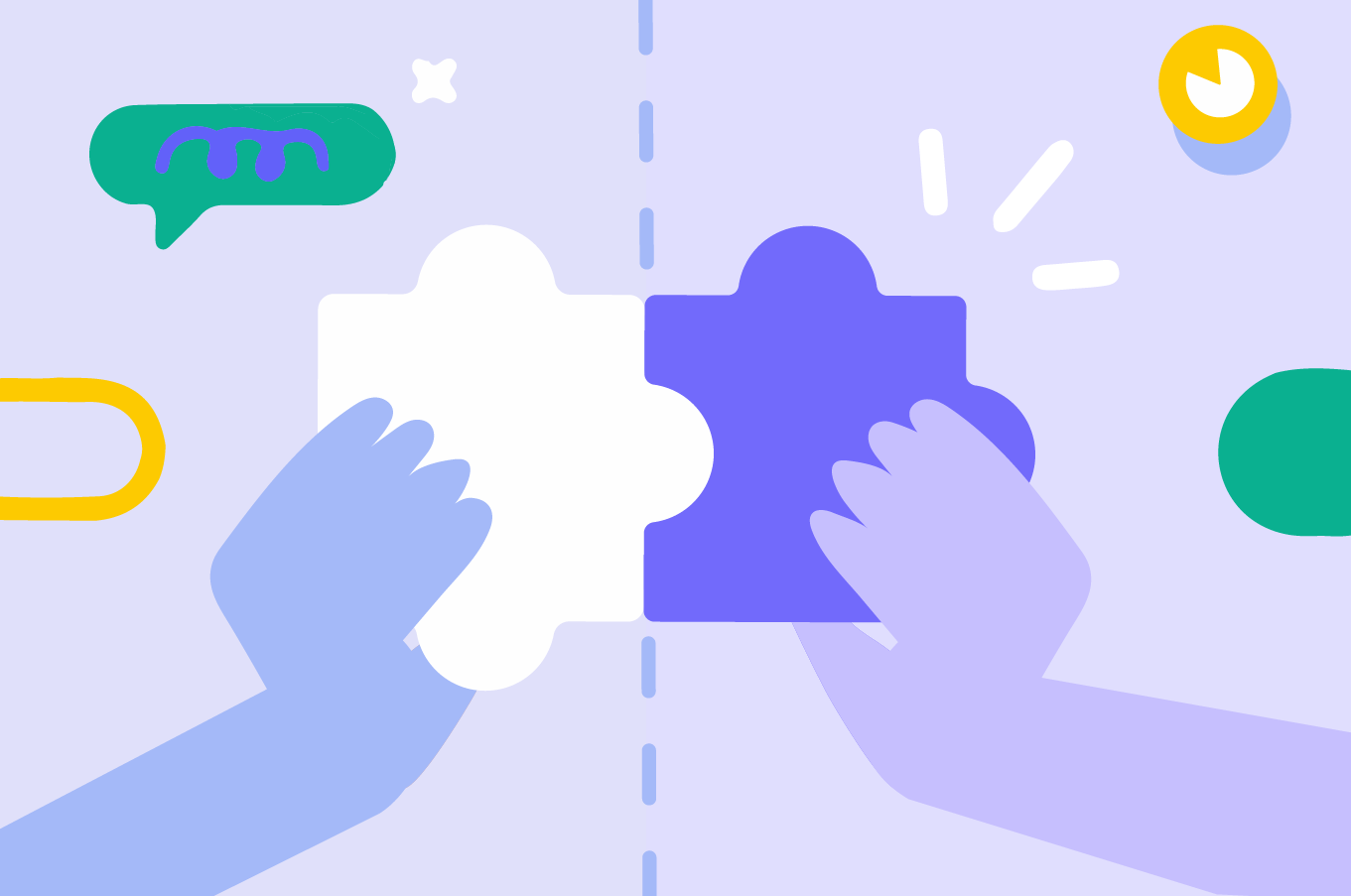 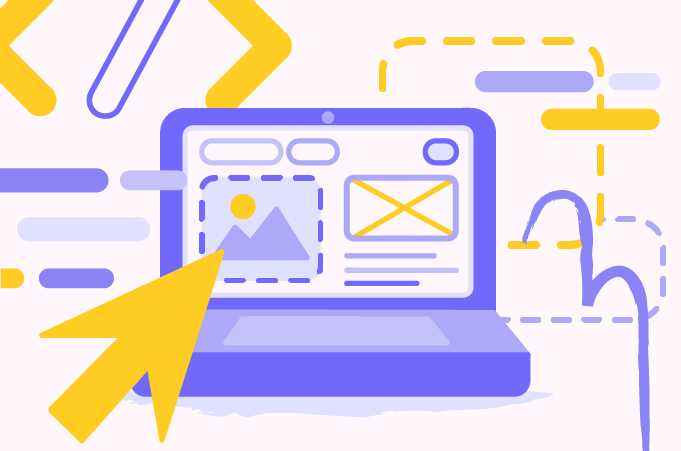 Website workflow: what is it, and why do you need one?